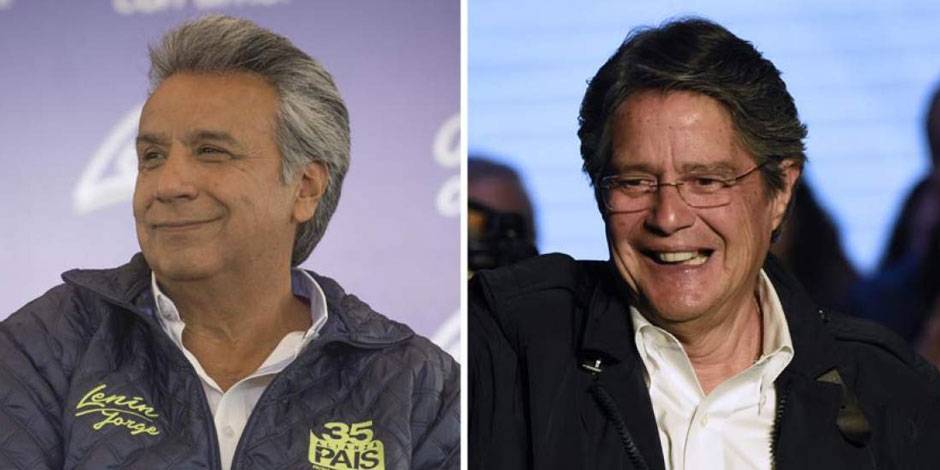 Both presidential Guillermo Lasso (CREO-SUMA) and Lenin Moreno (AP) will participate this Sunday March 26th in a dialogue organized by the Teacher Network, in the House of Ecuadorian Culture theatre, starting from 20h00.

Employment, education, health and social security, culture, rural development, migration, social inclusion and citizen participation, are the eight topics to discuss, according to the Union.

Its coordinator, Wilmer Santacruz, informed yesterday that the Teacher Network has extended the invitation to both candidates, and confirmed that Moreno already answered that he will assist.

On the other hand, Lasso answered yesterday accepting as well, but he did it verbally, during a speech in the University of the Americas, in Quito.

Santacruz remarked that ´fans´ won´t be allowed to enter, only deputation of the movements that support the candidates.

He also explained that each candidate will have seven minutes to answer questions, about the different topics, reason why Santacruz estimated that the dialogue will last one hour thirty minutes.

He also stated that no replies will be conceded because, according to him, the candidates have to speak to the citizens, not between them.