Lady GaGa Beats Ellen and The Queen on Forbes List 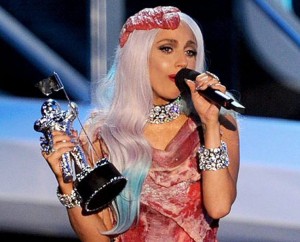 The 24-year-old musician from New York has beaten several important names on both Politics and Entertainment on the Annual 100 Most Powerful Women In The World Forbes List. Important women such as Queen of England Elizabeth II, president of Argentina Cristina Kirchner, entertainer and talk show host Ellen Degeneres, politician Sarah Palin, and musician Beyoncé Knowles are all behind Lady GaGa on the list, who is currently on position number 7.

The First Lady of the United States of America, Michelle Obama, has climbed 40 positions to the number 1 spot on the list, beating German Foreign Minister Angela Merkel, who topped the list during 4 years in a row. Along with Obama, Hilary Clinton, actual Secretary of State, also climbed several places on the list, from 36 to 5.

Forbes applies a methodology choosing a preliminary group of 140 candidates from all over the world, and then select the Top 100 most influential women from several categories such as politics, business, media and lifestyle (entertainment, sports and fashion). In media and lifestyle, for example, it does not only matter how much money these women make every year, but also “the sum of Google hits, Facebook fans, Twitter followers and radio and TV appearances during the past 12 months” Forbes informs.