LAN accused IRS of malfeasance over the auction of planes 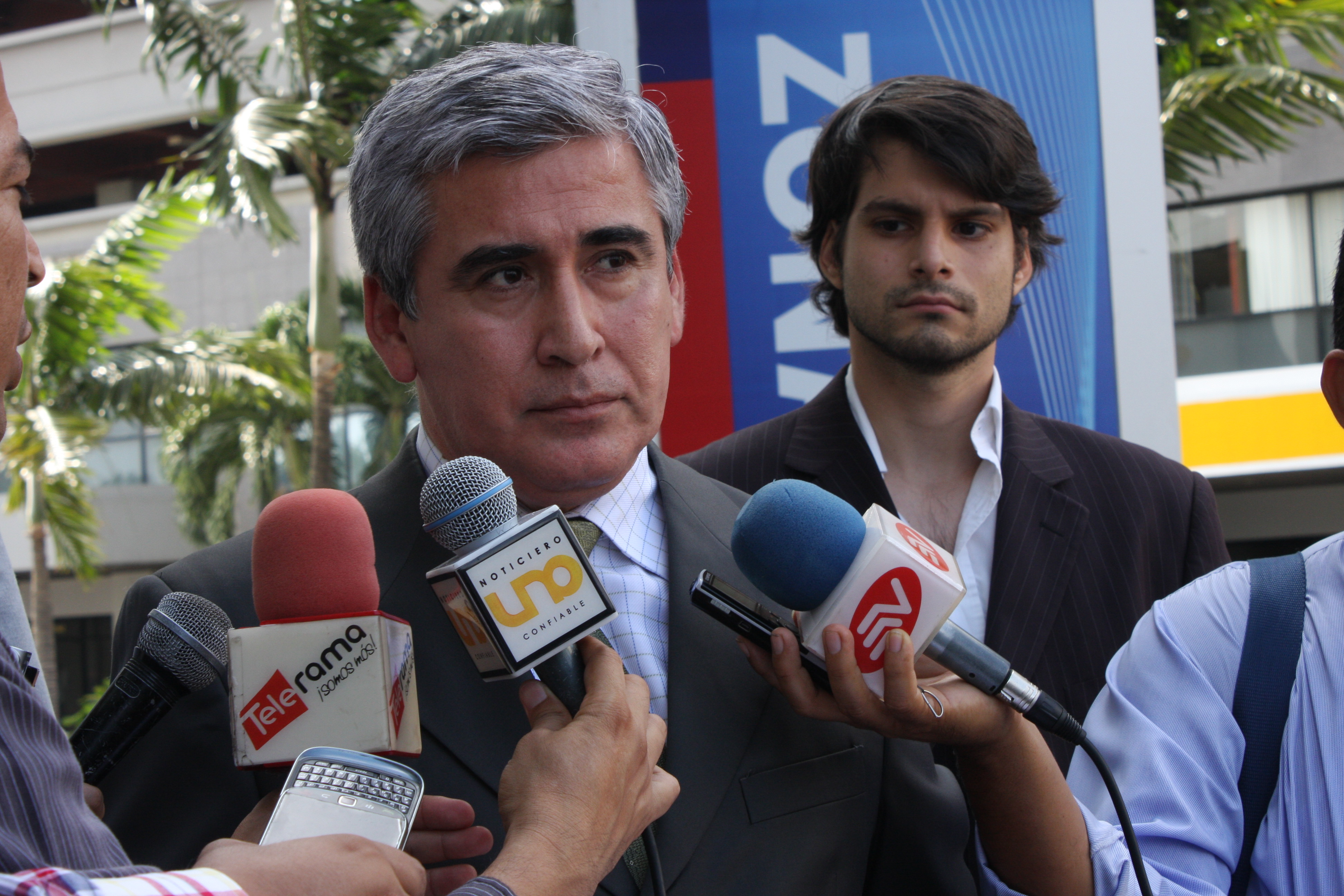 This afternoon, outside the Internal Revenue Service (IRS) in Guayaquil, attorney John Vizueta, legal representative of Bananera Noboa Exporting company, addressed the press to announce an excluding third party dominion, legal argument presented by the airline LAN as the main affected by the auction of the planes, arranged by the SRI.

Vizueta clarified that for four days the SRI proceeded to the auction of the planes, which belong to the company LAN, and has not yet provided any information about the people who participated in this auction, neither the source of the funds.

“We are requesting this information because with it we are going to go, once again, to the Financial Analysis Unit, as happened when several buyers bought vehicles auctioned by the SRI .”

Some of the information that have been requested is the amount of aircraft auctioned. The assessment is also another topic of discussion, since apparently it wasn’t considered the price settled before.

The lawyer said that LAN had requested the suspension of the auction, as required by the tax code. However it was not suspended, for what the air company accused the SRI of malfeasance.

Regarding the lots located in Playas, Vizuete said that yesterday were filed a petition for annulment as the code provides the suspension before this excluding third party domain. The response from the SRI has not yet been received. 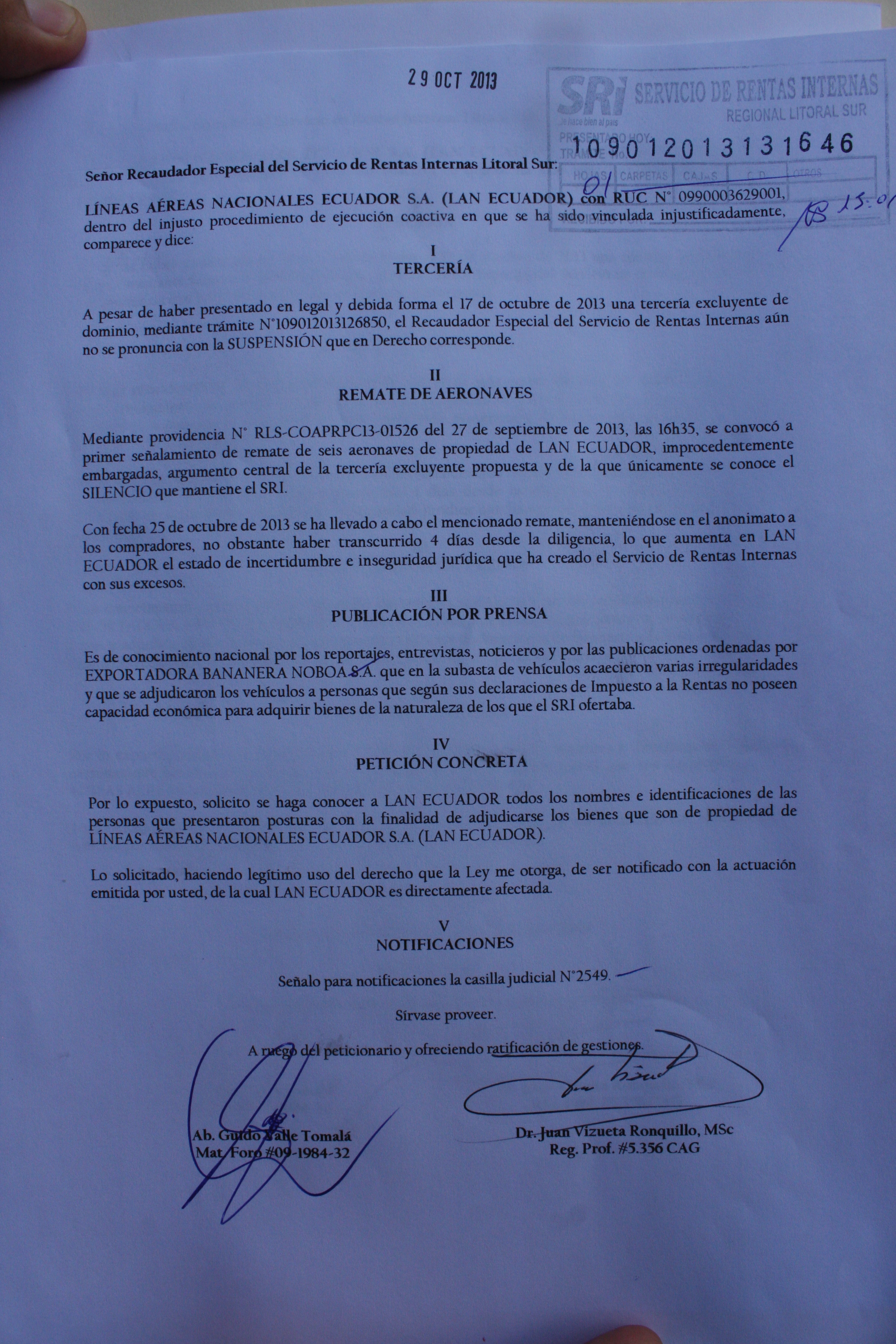 Captain sentenced to prison for rebellion in the 30S