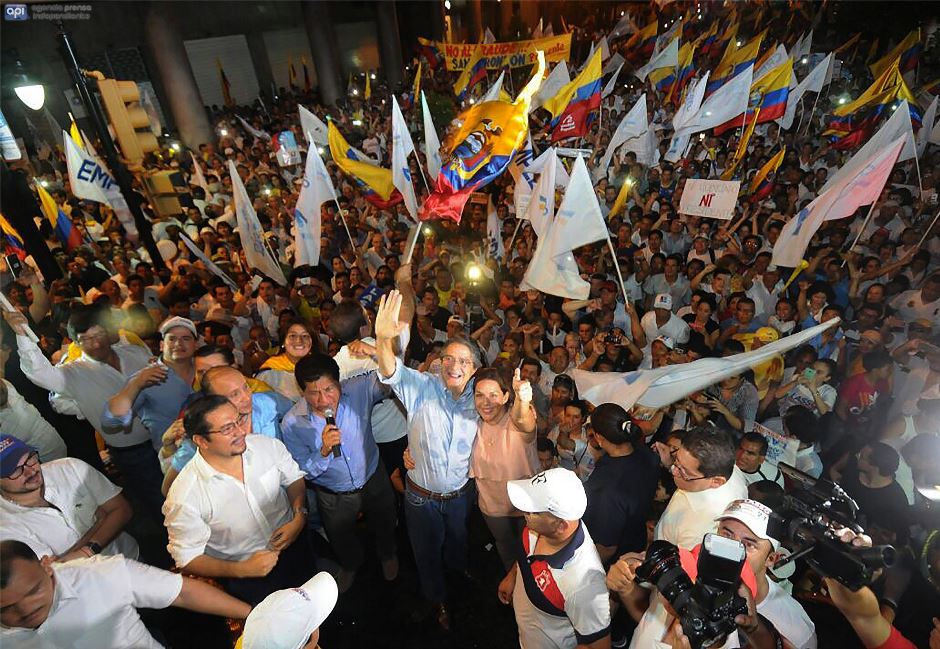 The presidential hopeful the CREO-SUMA party, Guillermo Lasso was present at the massive demonstration that took place in Guayaquil and said that the “recount” of all the votes must be conducted.

Thousands of people gathered in the Nueve de Octubre avenue and shouted “recount, recount!” in support to the candidate. “Democracy yes, Dictatorship no!”

Lasso explained that the 1,795 vote tally sheets presented yesterday as part of the “fraud” in the elections were only evidence. “Do not confuse the nearly 1,800 tally sheets, which are just a proof of irregularities, the recount is for the 100% of those sheets.”

He recalled that he works with his team to file the challenges when “we are notified.” “We will comply with what the law determines. We will see if they are able to redeem with the Ecuadorian people,” he stated.

The candidate also referred to the collapse of the CNE webpage on Sunday April 2 and said: “They already recognize that the CNE website collapsed. The tendencies strangely changed after that… they believe that you people will accept that after we won the elections , they take away from us the right to recover the democracy and the freedom, by cheating by means of an electoral blackout.”

The Indigenous people join the protests