Latin America begins to feel the effects of the global shortage

Fertilizers for the powerful Brazilian agricultural industry, semiconductor chips for Mexican automakers or lack of ships to export Colombian coffee: Latin America is also beginning to feel the effects of the global supply crisis. 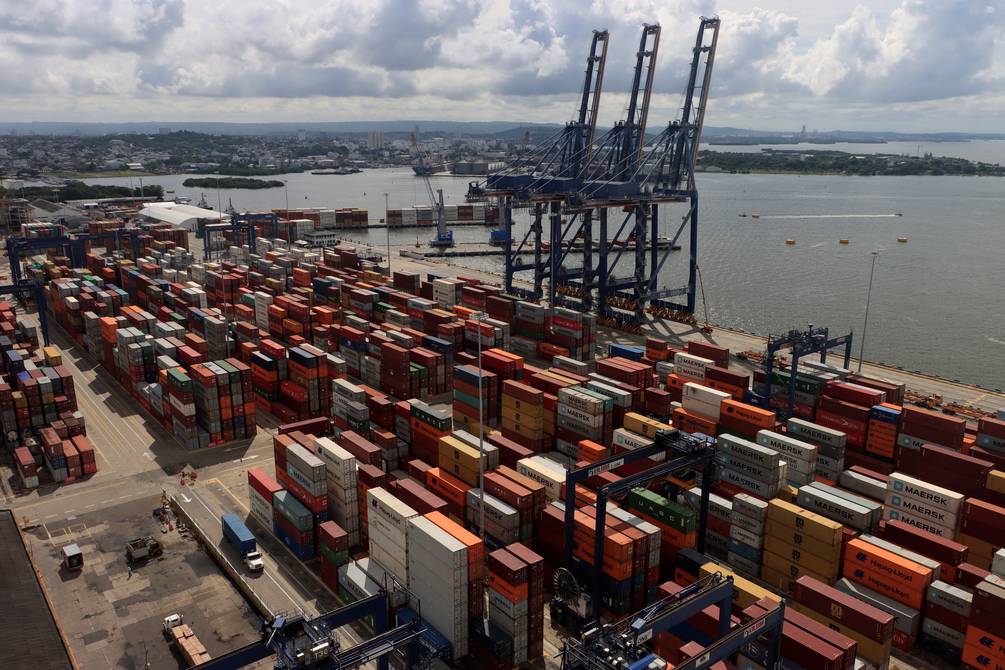 Photograph of stacked containers, on November 4, 2021 in the port of Cartagena (Colombia).

Although the situation is not critical, as in the United States, where the Christmas season is threatened, the supply chain in some Latin American countries is beginning to stress, as the region is purely an importer and depends on world trade.

Since restrictions on mobility and economic activity began to be relaxed by the covid-19 pandemic, the demand for goods and services has experienced a sudden growth that manufacturers and carriers have not been able to respond to, which It has generated bottlenecks in different parts of the world, especially in Asia and the United States.

Here is a summary of the current situation in the large Latin American economies.

The collapse of Asian ports is impacting Brazil, the great Latin American economy and one of the world’s largest food exporters, since fertilizers for agribusiness come mostly from China, its main trading partner.

It is also being affected by the embargoes imposed by several countries on Belarus, one of the largest exporters of potassium, the raw material for making fertilizers, Luis Eduardo Rangel, special advisor to the Ministry of Agriculture and Livestock, told Efe.

Although the analyzes “do not indicate an immediate crisis”, the effect could be felt in the 2021-2022 harvest, so Brazil is closing contracts with other suppliers to reduce a possible shortage, Rangel stressed.

According to the Parliamentary Agricultural Front, the container crisis already had a negative impact of $ 1 billion on agricultural exports between last May and August.

“The crisis is going to normalize in a maximum year and a half and then there will be more than enough containers,” Roberto Gusmao, president of the Port of Suape (northeast), one of the main ports in the country, highlighted to Efe.

In some cities, some products are also becoming scarce, such as Chinese toys, and several car factories have had to slow down their operations due to a lack of parts, such as semiconductors.

The semiconductor chip shortage is most acute in Mexico’s powerful auto industry, the main component of industrial GDP, and experts say it could largely explain the 0.2% quarterly drop in GDP between July and September.

“We are very vulnerable, since we import many products, not only from China, but also from the United States,” Pablo López Sarabia, a professor at the Tecnológico de Monterrey, told EFE.

Mexico, he added, is also suffering a “double impact”: in recent times it has faced blockades of teachers due to salary demands on the railways of the western state of Michoacán, affecting access to the Lázaro Cárdenas port, key to the Pacific.

Apart from the automotive sector, “retail” is also being hit and there is a certain lack of products that were in high demand in the pandemic, such as bicycles.

The central bank of Mexico attributes to these factors part of the rise in inflation, which stands at close to 6% so far this year, double the official goal.

“The studies indicate that supply chains are not going to recover surely until almost the end of 2022, when it begins to normalize,” warned Professor López Sarabia.

Colombians may have trouble finding some Christmas gifts such as toys, spirits, electronics and household appliances, but what they will mostly feel is an increase in prices, according to specialists.

“The shortage helps to increase prices, but the greatest impact is on logistics costs that have risen dramatically,” Javier Díaz, president of the National Association of Exporters of Colombia (Analdex), told Efe.

For the expert, the solution in Latin America may take even longer than the rest of the world: “We are barely 4% of the shipping companies’ business, we are not a priority. At least throughout 2022 we are going to have this complicated logistics and high costs. “.

Congestion in ports such as Los Angeles, in the United States, has also affected exports and an operation that took 40 days today is taking 75.

For that reason, Díaz said, many operations, mainly coffee and sugar, were transferred to Cartagena, in the Caribbean, “to try to comply with the commitments,” he said.

In Argentina, the companies that are suffering from a lack of inputs are the warehouses, the automotive companies, the manufacturers of electronics, footwear and agricultural machinery.

Marcelo Elizondo, international economic analyst and president of the Argentine chapter of the International Chamber of Commerce, told Efe that the most affected are SMEs.

The lower supply of freight and higher transport prices imply a “worsening” of import problems in Argentina, where licenses and foreign exchange are already restricted, Elizondo said.

If Argentina has “dollar outflow increases” because it has to pay for the higher cost of logistics services, “there will be an exchange impact,” he explained.

This, he added, could force the government to “tighten imports even harder” and the economy, which in 2020 celebrated three years in recession, “cannot recover.”

The rising cost of maritime freight is also affecting exports to Asia —the most important continental market for Argentina—, which for Elizondo could make the South American country “lose profitability.”

In Chile, the pressure is not so much on the availability of products, but on inventories and waiting times, especially in durable goods, George Lever.

This has led to a sharp rise in prices, especially in segments that operate with lower margins such as high-tech, furniture, automobiles, power tools, stereos and microwaves.

“In the case of Chile, in addition to the reactivation of demand and supply problems due to congestion in production chains, we have the effect of abundant liquidity in households due to early withdrawals of pension funds and the recent strengthening of fiscal transfers”, he concluded. (I)