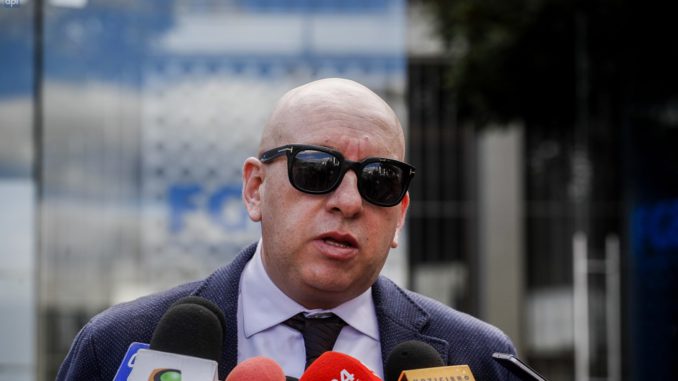 One of the lawyers of Fernando Balda, Jairo Lalaleo, in the case of alleged kidnapping against the former ruler, accused Stalin Oviedo, defense of the former secretary of the Senain Pablo Romero, of tampering with the testimony of Paulina Zumárraga. Oviedo admitted that he made “changes” in the testimony.

According to Lalaleo, Paulina Zumárraga in her testimony would have mentioned, on two occasions, that “Raúl Chicaiza, Diana Falcón and Jorge Espinosa Méndez met two or three times a week with Pablo Romero.”

“It was changed only in the name, because it was clarified that the woman (Paulina Zumárraga) did not know Mr. Espinosa Méndez, also clarified, the lady never said that Chicaiza met three or four times a week with Romero,” Oviedo told the press.

The testimony of Paulina Zumárraga is key in this investigation because she was an assistant to Pablo Romero, head of the Intelligence Secretariat in 2012.

The prosecutor’s office in the next few hours will rule on this new controversy in the case of kidnapping of Fernando Balda. (I)