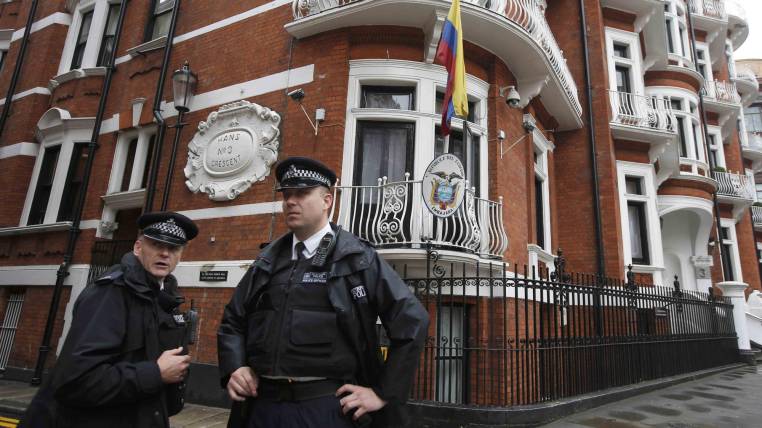 President Lenin Moreno ordered this Thursday, May 17, 2018, the withdrawal of any additional security from the Ecuadorian embassy in London immediately.

This is indicated by a communication from the Ministry of Communication published on Thursday night. It also provides that the shelter is maintained in a normal manner as in the rest of Ecuadorian embassies in the world.

The media states that Ecuador baptized that project at first as Operation Guest and later as Operation Hotel.

The investigation of The Guardian and Focus Ecuador revealed that the operation allegedly had the support of former President Rafael Correa when Assange took refuge in the embassy, and then Foreign Minister of the country, Ricardo Patiño.

The operation took place between June 2012 and August 2013, and cost Ecuador 972,882 dollars (about 820,000 euros), according to documents belonging to the National Secretariat of Ecuadorian Intelligence (Senain) to which the newspaper agreed. (I)

The beating of Carlos, betrays the decline of the Alvarado

There are 44 evidences against the Judicial Council