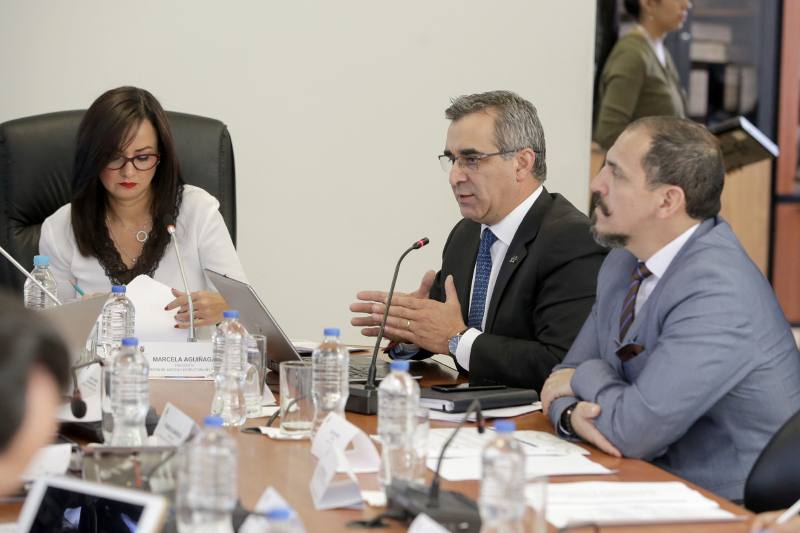 The Inspection Commission begins today to receive the evidence of charge and defense in the political trial against the president of the  Judicial Council, Gustavo Jalkh, and the members of the body, accused of failing to perform their duties.

He added that there are almost 18 files submitted regarding the performance of the Judicial Council in cases of inexcusable error; as well as the “letters of threats from Alexis Mera (former legal secretary of the Presidency) to the judges of Portoviejo,” he said.

Tello explained that unlike the Council of Transitional Participation, which is also evaluating the Judicial Council, the Assembly will make a political assessment.

According to the call, the Commission will receive in general commission, also today, Alexis Mera, Hernan Ulloa, Pablo Cordero, Sonia Quezada, Jorge Rodriguez and a representative of Human Rights Watch.

Each of the members of the Judicial Council must disprove the accusations; and the minutes of the resolutions taken by the Council in the competitions of judges and prosecutors were requested.

Once this hearing is concluded, a date and time will be set to call the Council members addressed. (I)