Spain reiterated its support for Ecuadorians to be exempt from a visa to visit the European Union (EU), on certain trips. 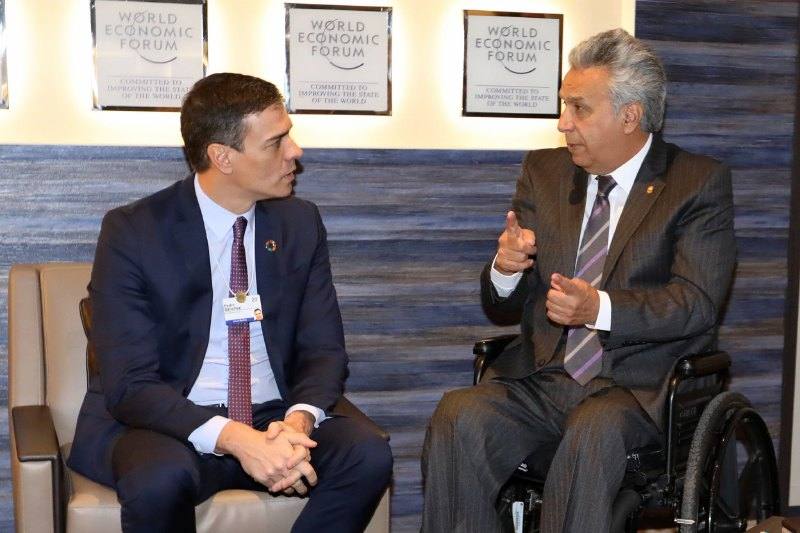 The president of the Spanish Government, Pedro Sánchez, expressed his support yesterday during a meeting with his Ecuadorian counterpart, Lenín Moreno, in the framework of the World Economic Forum in Davos, Switzerland.

Moreno tweeted that Sanchez had confirmed his “support for the exemption of the Schengen visa for Ecuadorians” and that such request would be repeated in the EU.

The block still does not approve Ecuador’s request for its citizens to enter the Schengen territory when they travel for certain purposes, such as tourism, and for up to 90 days.

Moreno referred to the subject only in a tweet without giving more details. The Ministry of Communication of the Presidency did not delve further into the bulletin it sent about yesterday’s day in Davos.

In the letter he informed that the president had met with the Vice President of Citigroup, Jay Collins, “who pledged the support of this entity to provide advice to Ecuador in order to attract large companies.”

Also that Moreno had participated in a dialogue about the migration crisis in Venezuela along with his Colombian counterpart, Iván Duque.

“This meeting raised the possibility of requesting international assistance and support, due to the demands generated by receiving a large flow of Venezuelan migrants,” the newsletter noted.

Moreno is celebrating his last day in Davos today. You will visit the International Federation of Associated Soccer (FIFA).

Within the framework of the World Economic Forum, he has met with representatives of governments, multilateral organizations, companies, among others. He attended the conclave, but was not one of its exhibitors.