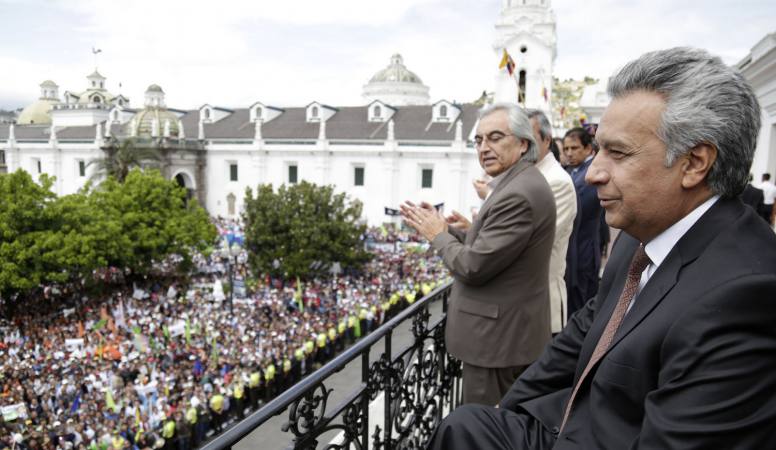 President Lenin Moreno surprised with a speech at the end of the change of guard in which he assured that “nobody will prevent the implementation of transparency in Ecuador.”

“I will not anybody intimidate me, I do not want to use a strong word, but I am not ashamed of what I am doing. No one is going to prevent the implementation of transparency in Ecuador,” he said at the end of the change of guard, held at the Plaza Grande every Monday.

In a brief speech from the balcony, Moreno stated that he would not allow the stoppage of the investigations conducted to discover cases of corruption, recalling that the previous week he stripped Vice President Jorge Glas from his duties, after a rude letter the latter sent to him. (I)