Lenín Moreno tones down his criticisms and Jorge Glas says they are ‘divorced.’ 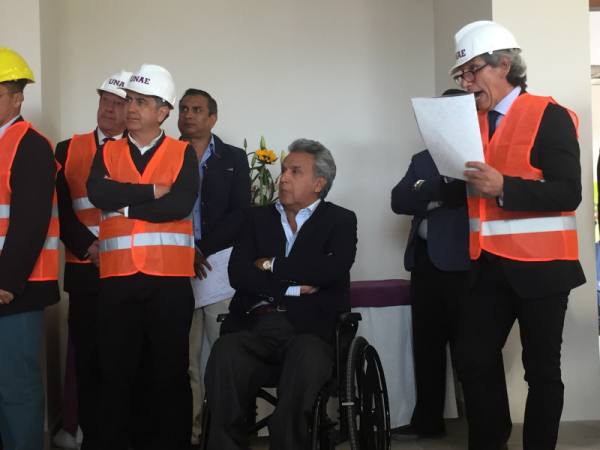 “Why should I resign? In the first place, I was elected as a binomial; If I resign, we must leave both. I was elected as a team with President (Lenin) Moreno, and I will remain four years in office (until 2021),” said Vice President Jorge Glas in a radio interview yesterday. Monday, Attorney General Carlos Baca Mancheno announced his links to the investigations in the Odebrecht case.

The vice president feels a victim of media lynching; he assures that “everybody” accuses him, “without a single proof.”
Moreno lowers his criticism tone
While on his visit to the southern part of the country to tour the facilities of the National University of Education (UNAE), President Moreno avoided talking about political issues. (I)