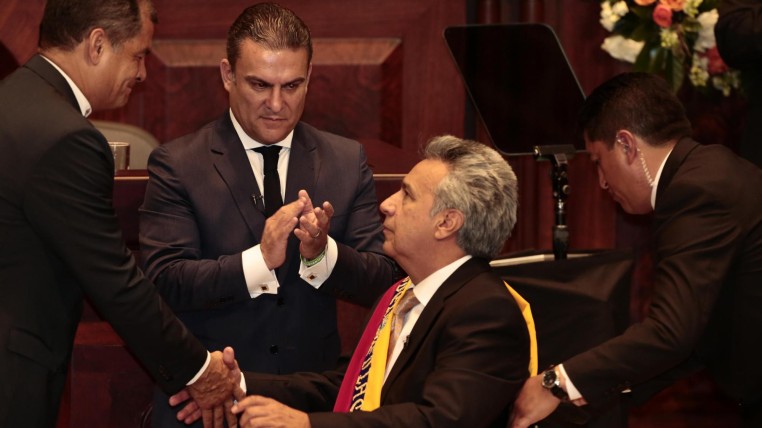 During his presidential inauguration, Moreno has said that social assistance for the poor will remain perennial in his administration, but he has promised a style change based on the dialogue, in contrast with the confrontational model of his predecessor.

In addition, the president guaranteed that his government will preserve the “dollarization” of the economy and “there will not be a parallel currency.”
“We will sustain dollarization,” he repeated twice during the speech, in the chapter on the national economy and the policies he intends to implement to overcome the crisis.

He also called for “greater austerity in government” and “a greater productivity” as a way to solve Ecuador’s economic problems.