BREAKING NEWS
In Manabí, 9 detainees, including Assemblyman Daniel Mendoza’s adviser
Ecuadorians finalists in competition in Mexico for digital entrepreneurship
Narcos use four new modalities; in quarantine the Police seized 3.7 tons of drugs
In Ecuador a drop of more than 50% of new car sales is expected
State budget with reduction in the face of the pandemic
Tourism in rural areas, a state commitment
Coronavirus crisis: Car sales plummeted 80% between March and April
Coronavirus: This will be the ‘new normal’ at the Guayaquil airport with distance measures
Businesses not yet open date add big economic losses
Companies in Ecuador learn to apply telework on the go 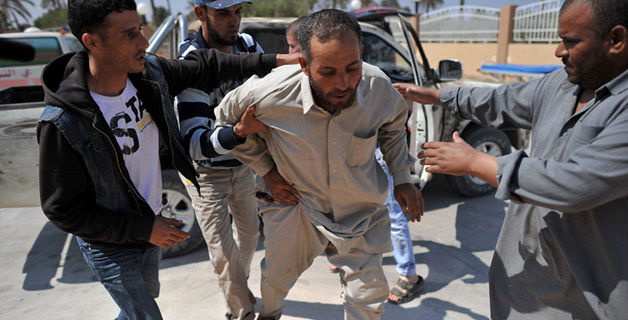 The forces of the Libyan government are trying to gain access to the embattled Misrata. Friday confrontations have left 9 dead and 30 wounded according to a doctor of the medical committee in the city.

The city is been shelled by four tanks of the forces loyal to the Libyan dictator Muammar al Gaddafi. The rebels are fighting the government army in the gate of the Algeran district, which is on the city outskirts.  A senior rebel member, Omar al-Jernazi told CNN that rebels gain complete control of the Wazin area on the Tunisian-Libyan border after forcing the forces of Gaddafi through the Tunisian side.

Meanwhile the continued refugees arrival in Tunisia stir concern about the humanitarian crisis there. Currently the NATO is leading an international military operation in Libya, which includes air strikes that target Gaddafi military resources. The U.N. Security Council authorized the use of any means necessary with the exception of foreign occupation in order to protect civilians.

Former President of Costa Rica Was Convicted of Corruption