Life of luxuries at the expense of TC 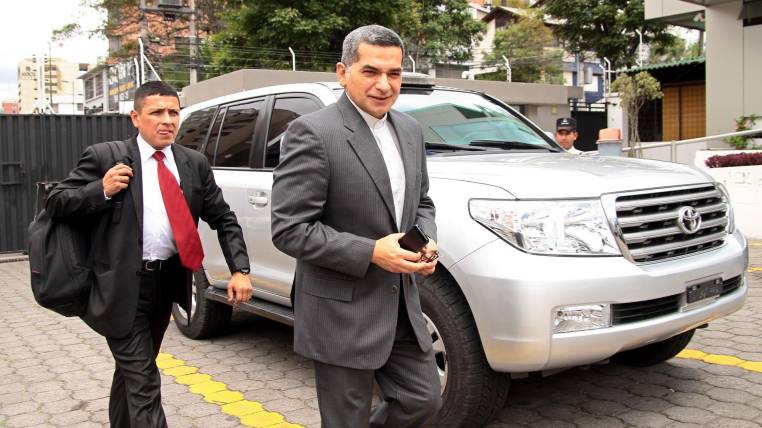 Had direct line with those in charge of the political programs broadcast by the channel. But, in addition, Fernando Alvarado Espinel had at his disposal the resources of the means of communication seized to cancel some of his accounts.

Although the minor expenses also draw attention: in a single day, the television channel paid 192.19 dollars in a supermarket for the acquisition of towels and sodas

This report is included in the internal audit report prepared in the channel. That document, as reported yesterday by EXPRESO, was delivered to the Office of the Comptroller General as input for the special examination that is executed on the accounts of the media.

Although TC Television, technically, is not a public medium, since 2008 it has been managed by the Government after it was seized by the defunct Deposit Guarantee Agency for the debt that its ex-owners, the Isaías Dassum brothers, had with the state. Currently, the Public Media company owns almost all of the shares. A small part is in the hands of a trust made up of workers.

In the past government was used, as President Lenin Moreno acknowledged, “as an instrument of confrontation and attack on critical citizenship.”

Alvarado, however, also used it to solve the mobilization and security needs of himself and his family. The current TC administrative manager told the audit that, between 2010 and 2017, the channel placed 10 vehicles at the disposal of Alvarado and the ex-channel manager, Carlos Coello.

And they were just any cars. Most, off-road vehicles, five doors. Nor were they limited in brands: there were Audi Q7, BMW, Mazda, Chevrolet, Hyundai, Jeep Compass. The latter was acquired in 2016 for Coello and in 2017 “was given as a form of payment to Mr. Carlos Coello“, says the audit report.

After his exit from the channel, in addition, stayed with the company of a driver-escort (paid by the channel) for seven months. An ‘important reduction’ because, while in office, he had five drivers at his disposal, one more for his wife and a guard 24/7 at his home. All paid for the channel.

Alvarado, on the other hand, was assigned a driver who received him every time he arrived in Guayaquil. The ex-official’s wife also had privileges: a van and a driver were at her service. The channel also hired two drivers to “serve the children” of Alvarado, who was one of the closest men to Rafael Correa.

All these expenses in security and vehicles add up to about 861,251.58 dollars.

On April 10, the directors of TC Televisión discovered that the channel had contracted two “external” Internet points. The surprise was that they were placed at home (premium internet with a cost of $ 57) and the private office (internet plus television for $ 87) of Carlos Coello, former manager of the media.

He himself when he was in office signed the letters of hiring, as well as the debit of the bank account of the seized channel.

For $ 362,320. The hiring of mobiles and personnel for recording, editing and postproduction of the national football championship and political events.

There are inconsistencies in their object and execution as well as, apparently, they were given a political use, says the audit report.

The head of the news assured that he never asked to be given notes. Those programs, he said, followed the editorial lines dictated from the Secom.

One of the recommendations is the initiation of actions, in order to determine if the ‘non-observances’ brings any responsibility. (I)