That happens in Esmeraldas . The hoteliers of the Atacames canton say that they have received few calls. 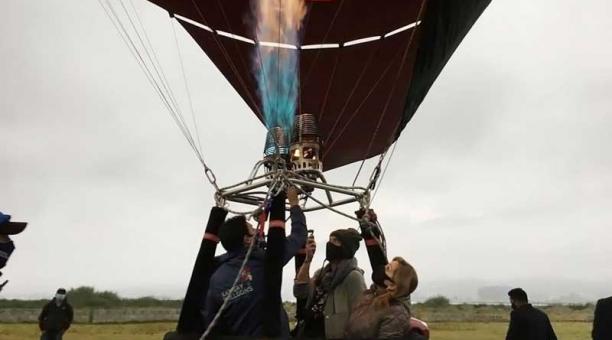 In one of the larger hotels, only four of the 35 rooms are reserved. Something similar happens in Tonsupa ; there, one room per hotel, on average, was set aside.

Hoteliers hope that reservations will rise until tomorrow, although they say tourists are looking for accommodation upon arrival. Alfonso Aparicio, owner of the La Aldea hotel, believes that visitors will arrive from Saturday, although not like last year when there were more than 40,000 tourists.

In Manabí there is no interest either. The Provincial Chamber of Tourism still does not have data on the number of people who will occupy the 16,000 places.

In Crucita , Portoviejo , hoteliers preferred not to invest for fear that at the last minute the national Emergency Operations Committee would issue new rules, such as beach closures. This is how Franklin Zambrano, from the Hoteliers Association, points out.

The Municipality organizes a program , which will be carried out in person (with limited capacity) and virtual. On Sunday 14 there will be a gastronomic festival in the mangrove of La Boca, in which the viche with seafood and peanuts will be highlighted. It will be outdoors and tables will be placed every 2 meters to fulfill the distance. The event’s capacity will be 192 people and 350 on the beach (25% of capacity).

Crucita beach will only receive 1,300 tourists. The restaurants will open until midnight.

Manta has about 10% reserves, but is expected to increase.

In Imbabura there is expectation for the arrival of travelers seeking nature and adventure. Cristina Cruz, president of the Otavalo Tourist Plant, comments that there are promotions or discounts to attract tourists, especially from Quito.

In Urcuquí , Santagua Termas de Chachimbiro had 20 reservations of 130 places. Manager Xavier Posso aspires to have the site covered in four days. Graciela Domínguez, from the San Isidro de Iltalqui hostel in Cotacachi, believes that there are fewer reservations than last year. The site has 23 accommodations and had no reservations.

In Baños de Agua Santa (Tungurahua) there are 30% reservations. Cristian Varela, Tourism Director of the Municipality, promotes the canton as a biosecure destination . Attractions such as the pools of El Salado, Termas de la Virgen and Santa Ana are enabled. The latter has spaces and trails.

“We enable all the spas to decongest them and prevent crowds,” says Varela.

Sites for extreme sports such as canyoning, tarabitas, swings and waterfalls are also open.

In Azuay , spaces such as the Cajas National Park , Cuenca and the Collay and Aguarongo forests , in Gualaceo; Tres Lagunas, in Chordeleg; and the Black Cave of Chobshi, in Sígsig, which will be open to the public.

The control plan for 4 days Juan Zapata, president of the national COE and director of the ECU-911, ratified free mobility in the country.

He announced that the control operations will begin tomorrow, February 12, at 24:00 with the support of 43,574 police officers who will be deployed on roads, parks, beaches, spas and areas with high influx of people. The monitoring will support 6 500 cameras ECU-911 verify compliance with biosecurity measures, mainly in destinations than in previous years received a high influx of tourists, as the cities of the central Sierra and beaches.

The National Transit Agency will also distribute 900 officials for controls at land terminals and main roads. The use of a mask is mandatory for bus passengers.

The measures in the country

‘s national COE ordered the free terrestrial mobility throughout the state road network for the holiday.

All massive public events that can generate crowds are prohibited .

It is mandatory to  comply with biosecurity regulations such as the use of a mask and distancing.

There are capacity and schedule limitations  in spaces such as parks, beaches and other spas.

In several cantons  , nightlife centers are still closed. There will be controls.

In other municipalities, such as Ambato, there are restrictions for the number of plates to circulate.

Ecuador highlighted the AgrotiendaEc program at the Andean agricultural forum