The presidential candidates Guillermo Lasso and Yaku Pérez remain meeting with the members of the National Electoral Council (CNE) and international observers to discuss alleged irregularities in the electoral process of February 7, 2021. 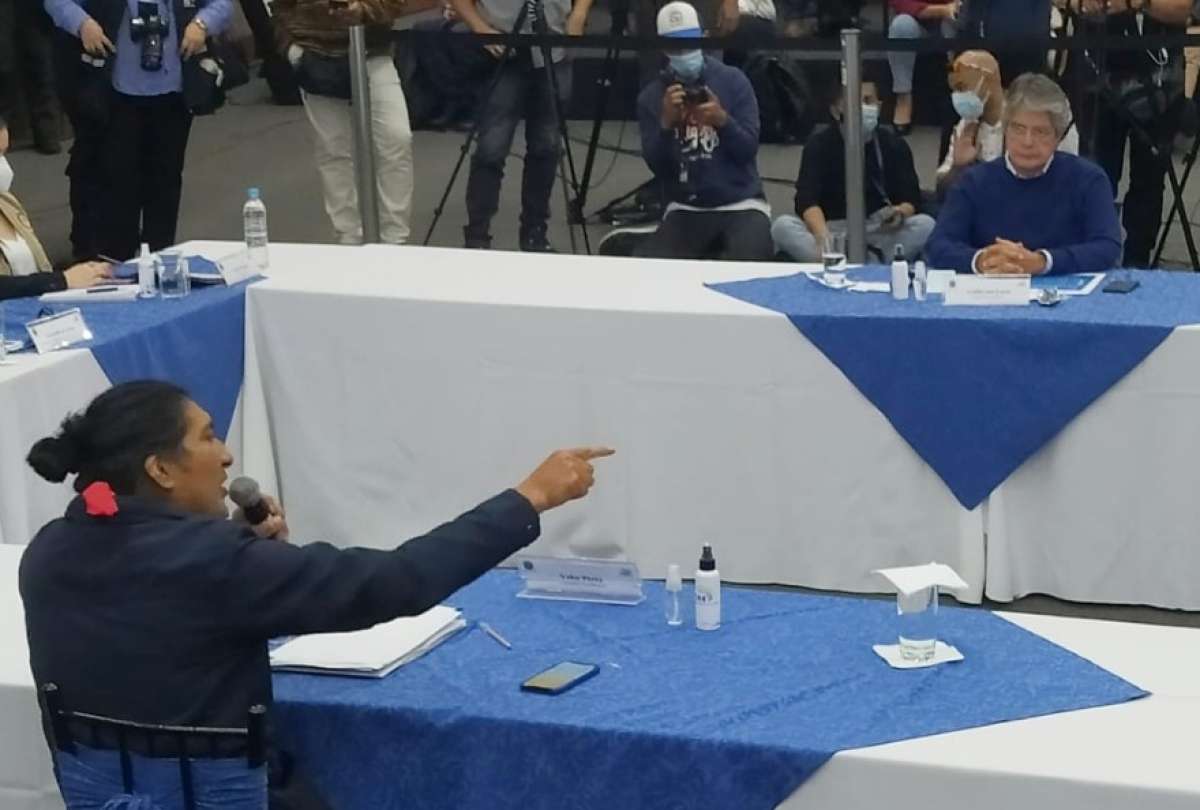 The presidential candidates arrived at the CNE headquarters, in the north of Quito, to participate in a meeting called by Pérez. Supporters of the two candidates gathered outside to express their support. There were no altercations or confrontations.

Yaku Pérez said upon his arrival that in other provinces, such as Azuay and Tungurahua, irregularities have also been reported in the tally of the minutes.

Guillermo Lasso did not attend the press and entered the CNE in his vehicle. Once inside, the candidates made public statements.

The press was evicted for a few minutes, until Pérez demanded their re-entry, as a sign of transparency.

In the more than two hours of conversation, Pérez showed documents of minutes with inconsistencies in which only votes were counted for Lasso.

The CREO leader preferred not to intervene until the CNE carried out a technical review of all the minutes presented by his adversary. However, the former executive president of the BG clarified that he has not challenged any minutes.

“The challenge of certain acts does not imply the annulment of the electoral process,” Lasso added.

Counselor Luis Verdesoto mentioned that it is necessary to check whether Pérez’s sample with inconsistencies is representative before accepting the total count.

“We are going to examine how far the process goes,” Verdesoto said. His proposal is that until midnight on Tuesday the minutes of a portion of the seven provinces that Pérez requests to open the polls be counted.

“An act does not represent an election. We are going step by step, ”said the CNE member. He also promised that if doubts persist, he will continue to review the minutes on a larger scale.