Liquidity Fund resources would go to the CAF, FLAR or the Brics

On last Saturday during his nation-wide broadcast, President Rafael Correa, referring to the partial veto on the Monetary and Financial Code, said that the investments of the Liquidity Fund, amounting to about $ 2,000 million, which aims to solve liquidity problems for private banks, could be invested in the Corporacion Andina de Fomento (CAF), the Fondo Latinoamericano de Reservas (FLAR) and even on the Bank of the Brics (group formed by Brazil, Russia, India, China and South Africa). Correa said the previous law stated that the fund could be invested in securities of institutions with AA and AAA gradings abroad; however, he argued that these foreign entities were the same that broke the country back in 2009. According to Correa, with $ 2,000 million the country can obtain approximately $ 5,000 million in loans from multilateral agencies. But he said if liquidity for banks is needed, “the Brics will answer as soon as possible.” 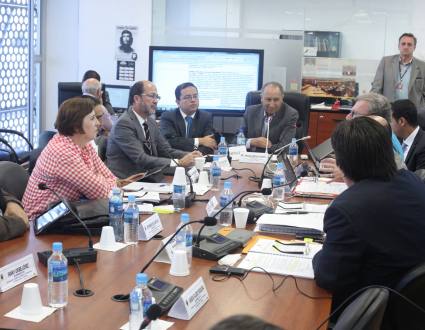 The Commission of Economic Regime will analyze the Veto sent by the Executive.

Chile announces arrest for those who enter disputed border area