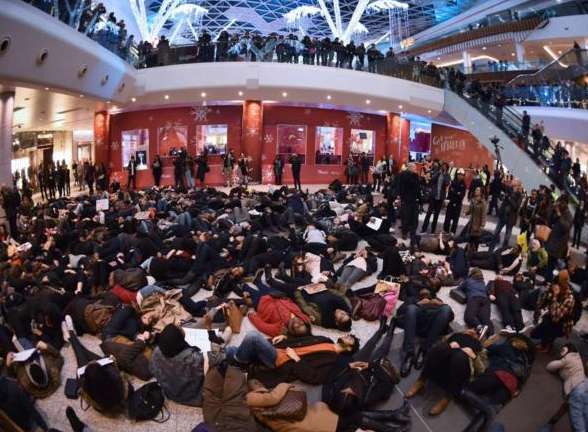 Protesters at a mall by the Garner’s death. AFP

London was the scene on Wednesday night of a convened protest in solidarity with those that have been organized in the United States by the death of the African American Eric Garner, where 76 people were arrested.

In order to show their opposition to the decision of a grand jury in the US of not charging the agent who killed Garner in July with an immobilizer key, several people gathered at Westfield department stores, in west London.

In a statement, Scotland Yard (the British police) stated that 76 people were arrested for assaulting security personnel of the mall and causing damage.

The incident began at the end of the protest, when participants left peacefully from the place and a group split from the main demonstration and tried to force their way to commercial facilities.

New York and other cities have gathered thousands of people in protests after knowing last week the grand jury decision of not charging the agent who killed Garner.