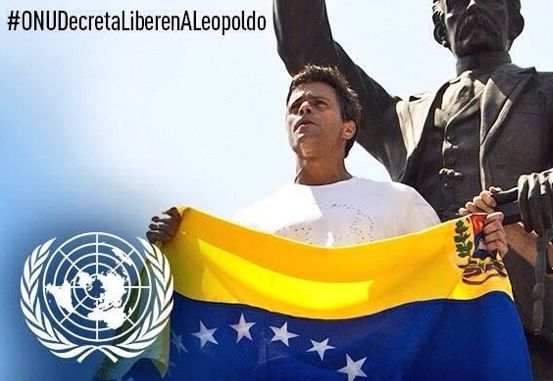 Leopoldo López, Venezuelan opposition leader, today demanded to the court in charge of his case to rule on a recommendation from the UN for his release, to go back to the hearing of his judicial process.

“The UN issued statement qualifying of arbitrary my detention and requesting my immediate release,” said the leader. “I have decided not to attend trial, until my procedur and constitutional right is respected,” he added.

Lopez said he will not appear again in court until Judge Susana Barreiro rules on the recommendation of the Working Group on Arbitrary Detention of the UN, which recommended his release.

“It’s been 20 days (since the recommendation) and there is no response. The judge is obliged to give it,” Lopez wrote in his Twitter account.

The court in charge of his case, for instigating violence during anti-government protests in February and May, has not commented on the decision by the UN, but the government rejected it, calling it an interference in the internal affairs of the country.