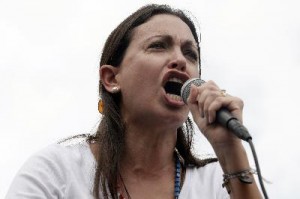 The Venezuelan former opposition member María Corina Machado will testify before the prosecutor about her alleged involvement in a theoretical plan to put an end to the life of President Nicolás Maduro, revealed on May 28 by government leaders.

Machado was cited along with other opponents to appear before the prosecutor as a witness, identified by the alleged commission of a crime “against the independence and security of the nation” and conspiracy, as provided in the Law against Organized Crime.