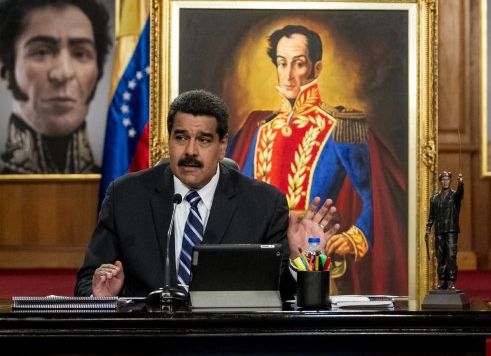 Venezuelan President Nicolas Maduro said today that “the only way” to sign a presidential pardon in favor of jailed opposition leader Leopoldo Lopez, would be an exchange with Puerto Rican independence leader Oscar Lopez Rivera.

“The only way I would use presidential powers I have to release him is to mount him on a plane to the United States, leave him there and they deliver me Oscar Lopez Rivera, hair by hair, man to man,” said the president Venezuelan.

Maduro has asked several times the release of Puerto López Rivera, imprisoned for more than three decades in the United States.

The president said that during the verbal encounter in Brasilia with US Vice President Joe Biden, he urged him to release Leopoldo López, imprisoned and subjected to criminal prosecution for some violence events recorded in Caracas eleven months ago.

Biden “said things, and I others, some friendly, some not so,” but ultimately, Maduro said, he repeated to the Vice President that “Venezuela demands respect” and looks for “good relations, without conditions.”

López Rivera is an independence activist in Puerto Rico, sentenced to 70 years in prison, of which he has fulfilled 33, accused of planting several bombs in the United States.