Maduro requests bill that allows him to reform laws 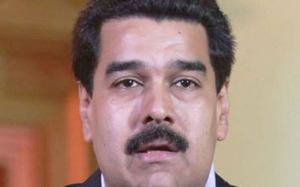 Venezuelan President Nicolas Maduro, requested the National Assembly for a special law to enable it to legislate powers despite criticism from the opposition who believe that such action will strengthen the political mature within the serious economic problems assailing the country.

“Enabling this power will affect the corrupt and the saboteurs of the national economy Going for the Socialism!” wrote Maduro in his Twitter account.

Previously, the late leader Hugo Chavez won four National Assembly enabling legislation (1999, 2000, 2007 and 2010) that allowed him to pass over 200 legal reforms and new laws that were used to increase the power of the state and control all sectors of the country and thus establishing the socialist model.

The opposition bloc refuses to pass an enabling act to Maduro, claiming that such legislation will limit the functions of Congress and give discretionary powers to the president.

“We’re in a very complex economic landscape and the law enabling our people will not go to slaughter, nor make foods appear on the market. That’s a lie. A hoax. Here is a crisis. This government has been swept away for its inability,” said last Tuesday the former presidential candidate and opposition leader Henrique Capriles.