“Mas Galapagos” congratulates the Government for the expansion of the Marine Reserve of the islands, announced in Glasgow

The organization Más Galapagos congratulated the Ecuadorian Government for its announcement of an expansion of the Marine Protected Area (MPA) for Galapagos and achieve by 2030 that at least 30% of the ocean is protected. These announcements were made by the President of the Republic, Guillermo Lasso, in the framework of the COP26 summit, which is taking place these days in Glasgow, Scotland. 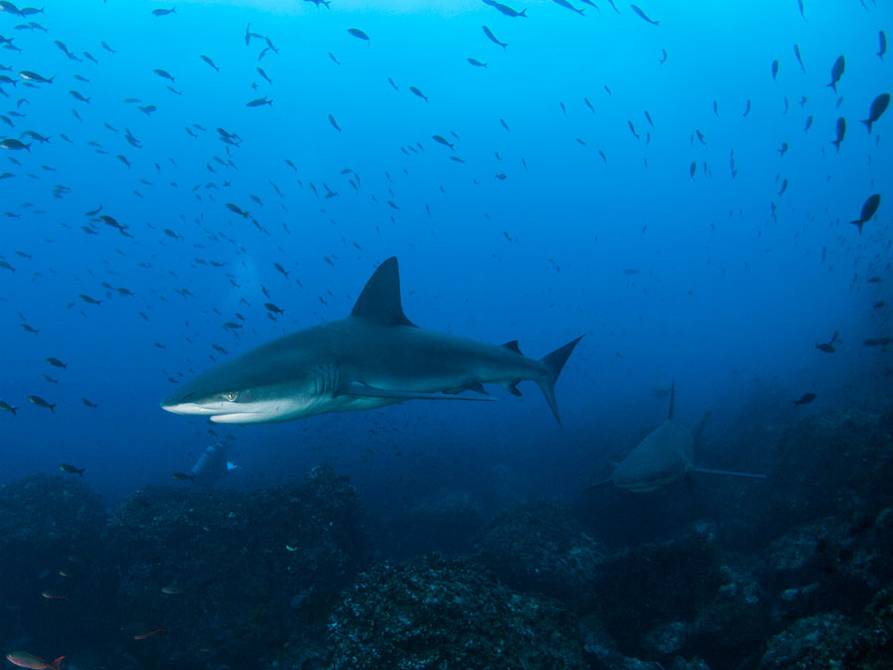 Image of a Galapagos shark, taken in the surroundings of Wolf Island, Galapagos province.

This was indicated by Eliécer Cruz, leader of Más Galapagos, who also considered that, although the new MPA announced ensures modest values ​​for the conservation of migratory species, this first step is still important, considering that “ it is not the result of a decision unilateral, but it comes precisely from minimal agreements made with the sector most antagonistic to the expansion of marine protection areas of the archipelago: the industrial fishing sector ”.

Cruz stressed that the proposal was welcomed by the current Government, and especially the Minister of Environment, Water and Ecological Transition, Gustavo Manrique, as well as the director of the Galapagos National Park, Danny Rueda.

It also recognizes the work and will of the Pew Foundation and the Pew Bertarelli alliance, especially Dona Bertarelli, for her passion for marine conservation; to Re: Wild and the renowned actor Leonado Di Caprio, for their permanent interest and support for the proposal.

He also thanked the Insular Front of the Galapagos Marine Reserve for their support and support to the campaign. In addition, to the 164 local, national and international organizations, to the 53,367 people who signed for the expansion of the protection of the sea that surrounds Galapagos and to all the influencers who sent their messages in favor of the conservation of marine life. He also named a series of environmental actors who participated in the issue.

President Lasso explained in Glasgow that Ecuador would expand the Reserve, and that part of the process is based on a debt swap that will allow it to have the resources to maintain said protection. According to Roque Sevilla, president of Grupo Futuro, who was also one of the participants in the citizen proposal, now collected by the Government, three large entities, the Pew Foundation, the DFC (Financial Corporation for International Development) and the Dutch bank FMO, would acquire at least $ 1.1 billion of Ecuadorian debt bonds to exchange them for blue bonds, with longer terms and lower rates. This financial system will serve to finance the protection of the reserve around Galapagos, in which several emblematic species transit, from the north of Galapagos to the island of Cocos.

Ecuador eliminated trade barriers between 2019 and 2021