The protests led by peasants and indigenous people on October 26 and 27 wreaked havoc on the export of flowers, especially in Cayambe and Pedro Moncayo, north of Pichincha. The blockades in the internal roads of the cantons and in those that connect with Quito made it difficult, and in some cases even impossible, the circulation of the trucks that had to take the flowers to the Mariscal Sucre International Airport. 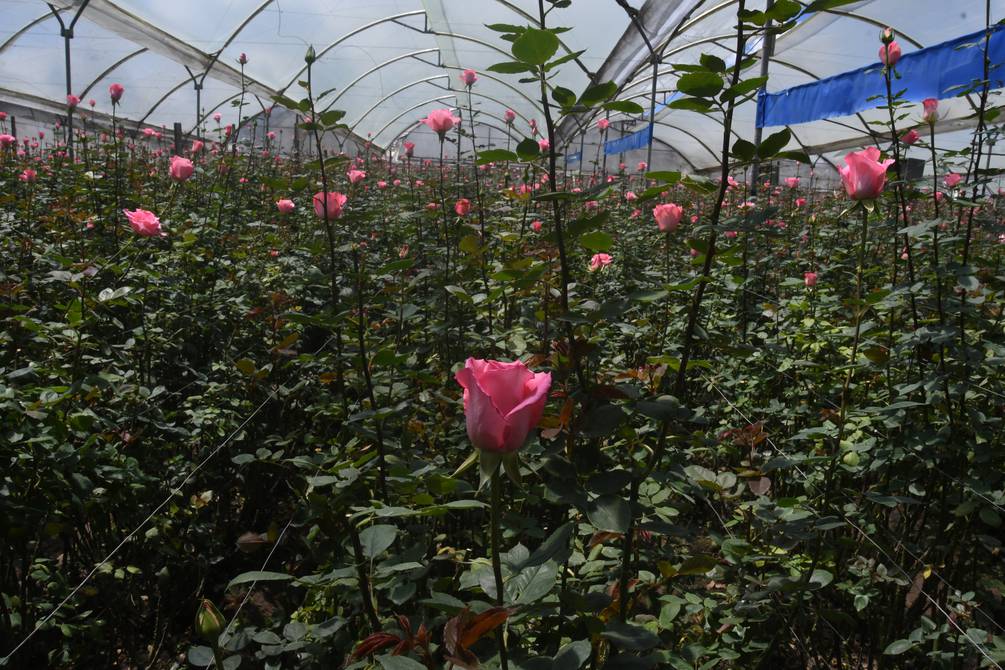 Due to obstacles, approximately half of the scheduled shipments abroad could not be fulfilled. In a normal situation, the floriculture sector exports around $ 3 million every day; In other words, in two days, exports represent $ 6 million in income. But the mobilizations against the Government caused nearly $ 1.5 million to be lost every day, lamented Guillermo Bustamante, president of the board of the National Association of Producers and Exporters of Flowers of Ecuador (Expoflores).

“It must be taken into account that of the dollars that enter the country from exports between 55 and 60% return to the countryside in the form of wages to support the workers’ families. This is put at risk when the protests deprive us of the right to mobilize,” said Bustamante.

Downed trees, mounds of earth, large stones, vehicles or burned tires were used by the protesters to block the passage of the roads in the two cantons that concentrate the largest production of flowers. Of the 4,900 hectares cultivated in the country, in Cayambe there are 1,060 hectares and Pedro Moncayo 1,400, together they represent 60% of the national production, according to data from Expoflores.

The consequences of the demonstrations not only harmed the large farms -which have 20, 30 hectares of crops or more- but also the floriculturists that produce on small plots of land from half a hectare onwards.

In some cases, small producers manage to export on their own, but in others they have to do so through collection centers, where merchandise from several people is gathered and then shipped in several shipments.

“The small producers were the most affected, they could not move their flower to a processing center. (The protests) were an unnecessary blow to an industry that had already been kicking,” said Klaus Graetzer, representative of Ecuagarden and president of the Tabacundo Floriculturists Association.

The trucks that managed to reach the airport had the support of the armed forces to break through the roadblocks or take alternate routes. The most complicated thing was trying to circulate inside Cayambe and Pedro Moncayo.

One farm received threats from protesters on the first day of protests. Workers were warned by a group of people not to report to work on October 27, otherwise they would be hurt. Fortunately, this was not fulfilled, Graetzer said, recalling that in the October 2019 strike, some farms were attacked for not stopping their operations.

The recent demonstrations were called by the Confederation of Indigenous Nationalities of Ecuador (Conaie) to demand that the government lower fuel prices to $ 2.10 per gallon of extra and $ 1.55 for diesel. During the protests there were clashes with the police.

Diego Ucros, manager of Emihana and vice president of the Cayambe flower grower’s nucleus, mentioned that several farms in the Guachalá sector, as well as those located in Otavalo, in Imbabura, found it impossible to move their flowers.

“Something important in Ecuadorian floriculture is that we export to the whole world. (Due to the protests) there is now an affectation of uneasiness. We are just getting out of the COVID-19 issues, and we could not export quietly, “said Ucros.

The flower industry generates around 110,000 direct jobs. The flower is the fourth largest non-oil export product in the country. The last few years have been difficult: due to the October 2019 strike, $ 40 million were lost and due to the pandemic crisis, the sector had a 6% drop in 2020.

Milk producers were also affected. It is estimated that around 200,000 liters of milk were lost in Cayambe, due to not being able to reach its destination. There was even a situation in which some protesters forced the liquid to be spilled, said Rodrigo Gómez de la Torre, president of the Chamber of Agriculture of the First Zone.

Proof of this is a video that Gómez received from one of the affected producers, who to avoid problems had to empty the tanks full of milk that he was transporting in his truck.

“The most regrettable thing was having seen community members prevent milk transporters from the same communes from reaching the dairy processing plants,” said the Chamber spokesman.

The president of the Chamber of Agriculture and the representatives of the floricultural sector are waiting for what happens after the national holiday, which ends on November 6, since Conaie and other organizations that also promoted the mobilizations, such as the Unitary Front of Workers (FUT) and the National Union of Educators (UNE), promised to analyze new actions to continue with the opposition to the Government. The producers hope that the demonstrations and road closures will not be repeated. (I)

“Mas Galapagos” congratulates the Government for the expansion of the Marine Reserve of the islands, announced in Glasgow