Mauricio Macri will not come to Ecuador for the CELAC summit 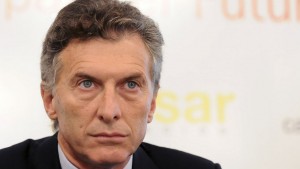 President of Argentina Mauricio Macri suspended his attendance to the CELAC summit, that will be held on January 27, in Quito, due to an injury and the “physical effort” during his trip to Davos, reported on Sunday the Presidency.

The head of the presidential medical unit, Marcelo Ballesteros said that “it is better to avoid voyages to places that are at a height of 2400 meters or more above sea level,” as the city of Quito (about 2800 meters).

The president suffered a “rib crack” while playing with his daughter at home and had to rest, added the presidency. (I)

Related foundation to Podemos recommended to hide Hugo Chavez illness, according to ABC

London will arrest Assange if he leaves the Ecuadorian embassy, regardless of the UN decision