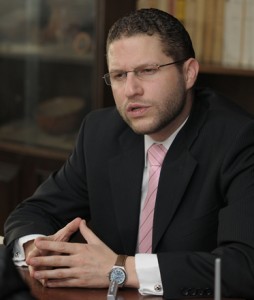 The Mayor of Quito, Mauricio Rodas, explained to the plenary of the Council the circumstances in which he met the Mexican Ignacio Orozco Muñoz, who is linked to money laundering with the Sinaloa cartel (Mexico).

Rodas said he met Muñoz in 2009, during the government of the Mexican President Felipe Calderón, because he has a public policy consulting company.

The Mayor added that Muñoz delivered him a service proposal, but he was never hired, therefore he has no labor dependency in the municipality.

Rodas exposed thirteen letters from municipal companies, four agencies, four foundations and an institute certifying they did not receive advisory services from Muñoz.