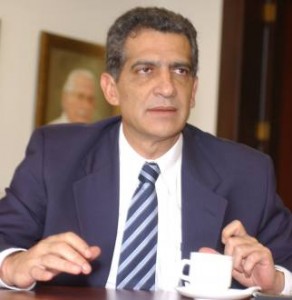 former Minister of Finance, Mauricio Yepez, died the evening of November 2, in an auto accident in Cayambe (Pichincha).

According to police reports, the tragic incident occurred at kilometer 23 between the bridge over the Pisque river and the Cochasquí toll, towards Quito, when Yepez and his companion were struck by a van.

Subsequent to the accident, both were taken to the Metropolitan Hospital of Quito. It is known that the person who accompanied the former minister is stable despite the fractures suffered in a shoulder and ribs.

At night the Interior Minister, Jose Serrano, through the social network Twitter, confirmed the death of the former official, expressing solidarity with his family.

“We sympathize with the family of economist Mauricio Yepez, who died in a traffic accident this afternoon, rest in peace”, Serrano spread.

Mauricio Yepez was finance minister in 2004 in the government of Lucio Gutierrez. He served as president of the central bank and chief negotiator of the Free Trade Agreement with the United States. He joined the boards of the Andean Development Corporation, the Foreign Bank of Spain and the Andes (Extrabandes), the Latin American Reserve Fund and was representative of Ecuador to the International Monetary Fund.