Mayor of Quito will visit Pope Francis in Rome 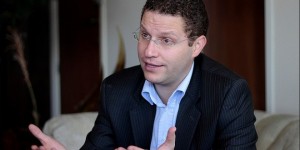 Mauricio Rodas, Mayor of Quito, announced that as part of his trip to Kenya, this weekend, on the occasion of the Habitat III Conference, to be held in the capital next year, he will visit Pope Francis in Rome next week.

“Next week we will visit Pope Francis in Rome to express the desire of the Quito citizens to receive him in July and have his blessing!,” the mayor wrote in his Twitter account@MauricioRodasEC.

Pope Francis will visit Ecuador in July, in the context of a South American tour, after which he will travel to the United States in September, and several African countries before the end of the year.