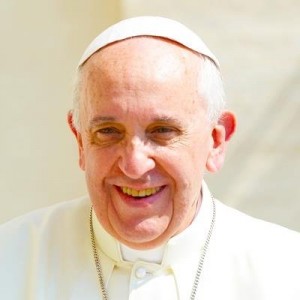 Pope Francis will visit the Ecuadorian capital from 6 to 8 July. (Source: Twitter).

Luis Cabrera, Archbishop of Cuenca, announced today the arrival of Pope Francis to Ecuador. The Pope will arrive to Quito on Monday, July 6 of this year, and will remain in country until the 8th of that month. The Permanent Council of the Episcopal Conference has revealed this information after a week, according to Cabrera.

Francis will only remain the capital during the two-day visit, in which shall comply with a number of appointments, which have already been set. The Pope will arrive to the country on Monday afternoon, whereupon he will greet government and municipal authorities.

Francis will possibly visit the Carondelet Palace. The next day, at 11:00, a Mass will be celebrated at the Bicentennial Park, then, in the afternoon, he will meet with teachers from public and private institutions, at the Universidad Católica, and with members of the community at the San Francisco square.

The last day of his itinerary, the Argentine pontiff will congregate with the clergy. There will be no Eucharist in this meeting, says Cabrera. “We know that the Pope wants to be as long as possible in contact with people and open to dialogue.” The Pope will lodge in the Apostolic Nunciature of the Holy See in the capital. The next point of his Latin America tour is Bolivia.