Medicines price is expected to be set until October 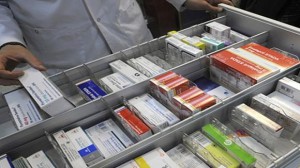 The government expects that the price for medicines of human use will have been established until October. The schedule established by executive decree puts January 29 of 2015 as a maximum term, said authorities of the Ministries of Production Coordinator and Health.

Renato Carló, President of the Association of Pharmaceutical Laboratories of Ecuador (ALFE for its Spanish acronym), said: “The Ministers expressed their desire to accelerate this process and we are not only willing, but ready to increase the production”.

David Acurio, Deputy Minister of Governance, said: “We are able to produce 100% of medicines. Ecuadorian industry works at 40% of its capacity due to lack of space in the market”.

The Ministry of Health announced at this meeting a list of 954 active ingredients declared strategic and whose price will be regulated.