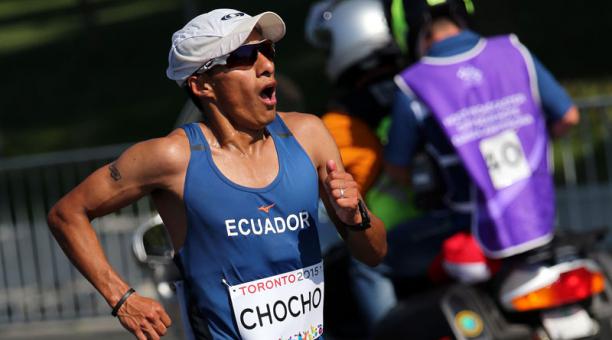 Andres Chocho is 32 and is the most experienced. These will be his third Olympic Games. He is in the best moment of his athletic career and has the maturity and cool head needed.
Lissette Antes is 25 years old. She is the current champion in the Olympic Qualifying in the 59 kg fight division. She won the title in Mongolia. There, she beat Indian Geeta Geeta; 8-5 Korean In Sun Jong; 7-2 Mariana Cherdivara Esanu, from Moldova; and finally 4-1 German Luisa Gerda Niemesch. These will be her second Olympic Games. Four years ago, she finished among the top eight in London.

Angela Tenorio is 20 years old. She will run 100 and 200 meters. This is her first year as a senior and will debut at the Games. In the youth division she was the sixth athlete in the world to run 100 meters in less than 11 seconds. She did it in 10:99, a  new national and South American record.

Lenin Preciado is 22 years old. He presents himself as the champion of the Pan American Games in the 60 kg cathegory. He was the first judoka to qualify because of the scores obtained during the pre-Olympic tournaments celebrated in Montevideo, Santiago and Buenos Aires. It was in the Grand Prix of Germany where he completed the points to get to the Olympics. The Ecuadorian Olympic Committee and the Ministry of Sport believe in his qualities.
Carlos Mina is 24 years old. The boxer of the 81 kg division won both evaluatory tournaments. An the pre-Olympic games held in Argentina, he beat all the rivals of the continent. The power and strength of his fists made him won for a KO.