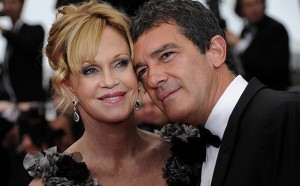 After three months of rumors, Melanie Griffith, 56, filed for divorce to Antonio Banderas, 53, according to the TMZ website. The reason for the split was due to “irreconcilable differences,” according to legal documents filed by Griffith.

Rumors of the couple, who had 18 years of marriage, came at Easter when Banderas arrived in Malaga, as he does every year, but this time he did it without Melanie, who was seen in California in the music festival Coachella.

Griffith claimed alimony and the custody of the only child together of the marriage, Stella del Carmen, who will turn 18 this September. Sources quoted by TMZ said that this is a friendly breakup.