Poroshenko wants to end clashes at east of Ukraine 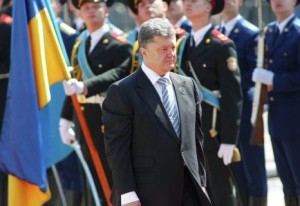 The President of Ukraine, Petro Poroshenko, said on Sunday that the fighting in the east of the country must cease at the end of next week.

“We must end the fighting this week,” Poroshenko said in a statement posted on its official website after a round of talks with Moscow’s ambassador in Kiev and an envoy from the Organization for Security and Cooperation in Europe (OSCE) based in Vienna.

Poroshenko, after being sworn in on Saturday announced a plan of “peace” to “fix” the conflict in the east of the country, however, said that will not allow the federalization of the country and will recover Crimea.

Also announced that he will travel in the coming days to the east “in peace”, but did not rule on a possible suspension of bombing in Donetsk and Lugank.