BREAKING NEWS
President Guillermo Lasso had his first bilateral meeting with Mexico
Court revokes the nullity in a process against Abdalá Bucaram and others; a judge was suspended
Vice President of the World Bank highlights the level of vaccination in Ecuador
US experts train Ecuadorian public-private team and the Exporter Route is reactivated
Ecuador will have seven participations this Friday, July 23 in the Tokyo 2020 Olympic Games
RansomEXX virus is responsible for the cyberattack on CNT
Imported lentil covers domestic demand in Ecuador and serves as supply to export semi-processed and processed products
New massacre in prisons exceeds the death toll of 2020 and, in response, the president changes the director of SNAI and decrees an emergency
Ecuador receives a new million doses donated from the United States
An Ecuadorian company would have financed the operation that ended in the assassination in Haiti with $ 865,000

The members of the National Electoral Council (CNE), Luis Verdesoto and Enrique Pita presented this Wednesday, October 23, 2019, the second report confirming that there were irregular contributions to the electoral campaign of Alianza PAIS in 2012. 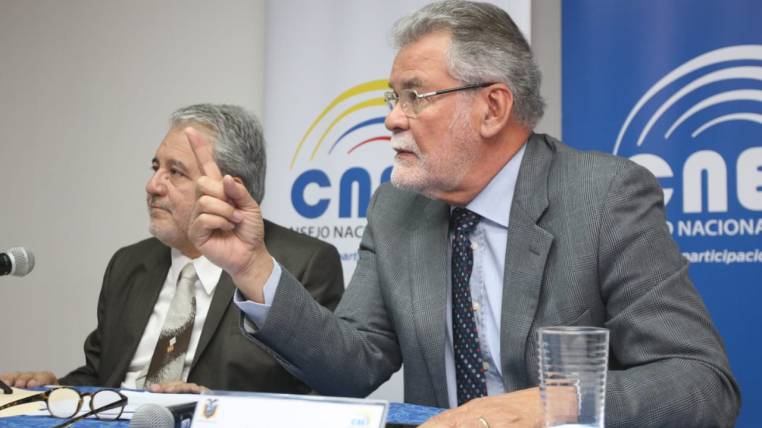 Verdesoto made a breakdown of the irregularities that would have been found. He stated that 64% of the cases found, the income does not justify the contributions made to the political organization and campaigns 2013. He said that the information was obtained with documentation provided by the Internal Revenue Service (SRI).

“The information on the income of several contributors does not justify by 66% the contributions made to Alianza PAIS, this is an indication of an irregularity in the financing of electoral campaigns and political organization. In addition, there would be indications of agreements or commitments of the contributions, which should be investigated to ensure that there has been no compensation, ”said Minister Verdesoto.

They announced that tomorrow, Thursday, October 24, 2019, they will deliver this information to the Prosecutor’s Office, the Comptroller’s Office and the National Assembly.