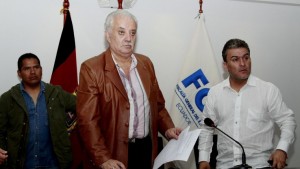 The families of the two dead Argentines, murdered on Montañita, have many doubts regarding the Ecuadorian investigation handled by the official entities.

That is the reason why the Mendoza’s Prosecution specialized in Gender violence started an investigation because they believe there is white slave traffic in Ecuador. The victims’ families also believe that theory: that María José Coni and María Menegazzo were victims of the local mafia, and that is they couldn’t return to their homes in Argentina.

The Ecuadorian State accepted the participation from foreign investigators, under the supervision of the International Criminal Assistance. This decree was made yesterday by the Ecuadorian Prosecutor, Galo Chiriboga, and the Interior Ministry, José Serrano. “The Ecuadorian state has the obligation to solve correctly this case”, Chiriboga emphasized. (I)