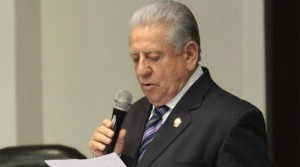 Luis Chiriboga, who worked as President of the Ecuadorian Soccer Federation (FEF in Spanish), met his 90-day suspension imposed by the organization. However, other local sport clubs are asking his resignation.

Chiriboga is being investigated by the Ecuadorian Prosecution because he is being accused of money laundry, and also, he is supposed to be involved in the FIFA corruption case, according to the US Justice Department.