Mexico: New clashes between relatives of the 43 missing and military 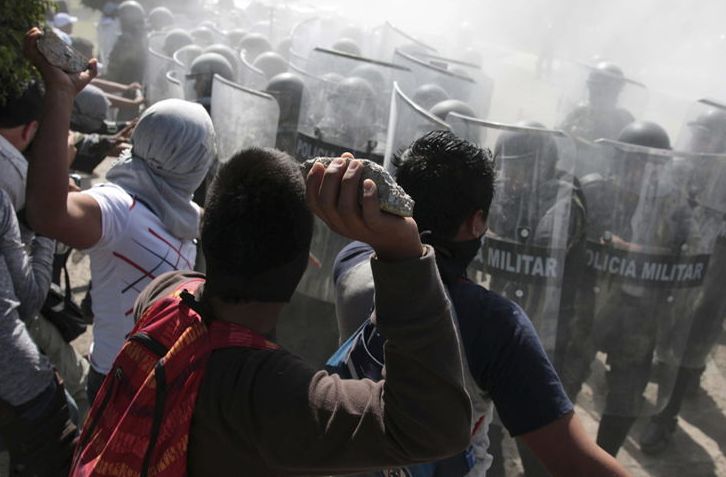 One hundred students and parents of the rural school Ayotzinapa, on Monday forced their way into a military barracks in Iguala (south), and were repelled by soldiers with tear gas, according to an AFP journalist.

The protesters arrived shortly after noon to Iguala, demanding to be allowed to enter to search for the missing students at the military barracks in the area 27, located in a central street of the town, 191 km from the Mexican capital.

Given the refusal of the military, protesters tore down one of the main gates of the military camp with a truck and entered about 20 meters, until soldiers and police prevented them to continue using tear gas and fire extinguishers to contain them.

Parents of the missing youth “just came to request to allow them the entrance to the military installation, but were violently evicted,” told to local press Vidulfo Rosales, lawyer of the victims.

After the failed attempt, the protesters retreated and took another beer truck, whose empty bottles were used as projectiles.

As balance of the clashes four people were seriously injured.