Migrant arrests rise on trips to the US

Migrant tragedies occur almost daily on the US – Mexico border . This keeps Ecuadorian families who have their loved ones in transit or who are missing on permanent alert . 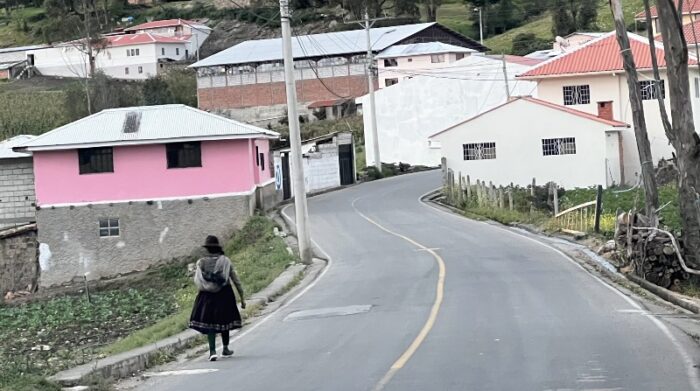 In the canton of El Tambo, there are practically uninhabited towns, due to the exodus of people to the United States.

The Migration Police confirmed yesterday that two of the six migrants who died in the overturning of a bus, registered in Zacatecas (Mexico), were compatriots. They are María C, 37, and her daughter Jéssica P., 17, who was six months pregnant.

They were from San Juan, in the Azuayan canton of Gualaceo . A week ago another van carrying migrants had an accident in Chiapas and four people died, one was Ecuadorian .

“These tragedies happen so far from the family and they hurt more,” laments an uncle of Graciela Peralta, a 44-year-old woman from Cuenca who has been missing since July 30. She was working as an accountant in a company that closed due to the pandemic .

That is why he emigrated -irregularly- on July 9, 2021, said the relative who lives in the US. The trip was agreed for USD 20,000 and left Guayaquil for Peru and from there to Mexico. The last time he told his father that he was in Sonoyta, ready to cross the border .

The family from Ecuador filed a complaint with the Ministry of Foreign Affairs and Human Mobility , but they have no information. In the United States, they are supported by search organizations, such as Centro Colibrí.

“It’s distressing to get up and go to bed with no news,” his uncle said. According to him, all the time they are aware of what is published on social networks about accidents and findings of migrants.

Figures from US Customs and Border Protection determine a rebound in Ecuadorian migrants detained at the border. Last January there were 651 and in February they rose to 746. By March they reached 987 and last month it reached 1,732. Between October and December 2021 there were 2,159.

With the requirement of a visa to enter Mexico and Guatemala , human traffickers use longer routes through Central America, which involve crossing the borders of Costa Rica , Nicaragua, Honduras and El Salvador by land.

Ecuadorian Migration records reveal that a high flow of Ecuadorians goes to Nicaragua. In the first quarter of this year, 7,124 people traveled to that nation and only 130 returned.

More tragedies have occurred this month , said a neighbor of Luis Mainato, from Quilloac-Cañar, who has also been missing since February 2021. He was 23 years old when he migrated and was a university student.

During this month there are records of detained migrants , who traveled in truck containers along routes identified by the Mexican and US Migration authorities as the passageway for human traffickers.
Before, migrants pay USD 12,000 for the journey; now, up to 20,000, because the route is longer and they pass through areas where drug trafficking networks operate .

This year there was another case of five dead migrants inside a railroad in Mexico. “Ecuadorian authorities should not stop looking for compatriots,” said the resident of Mainato .

According to Íngrid Ordóñez , coordinator of Zone 6 of the Ministry of Foreign Affairs, they have not abandoned the search for the disappeared (even those who have been missing for several years) nor the repatriation of bodies.

Ecuador rules out the Monkeypox epidemic