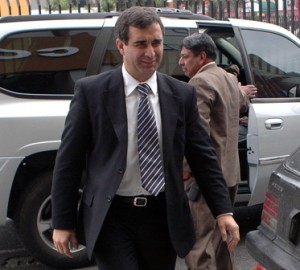 The Ecuadorian Interior Minister of Ecuador, Gustavo Jalkh, announced this Wednesday his official resignation to his charge in a press conference on the Carondelet Palace.

The official confirmed his resignation to President Correa last week.

Jalhk affirmed that in the last few days he has worked for an orderly transition in the Ministry. Meanwhile some sources of the Government revealed last Monday the exit of Jalkh, saying that he is one of the last responsible of the Police uprising on September 30.

During the past months an increase of crime has been reported in Ecuador, along with the work of assassins in Guayaquil.