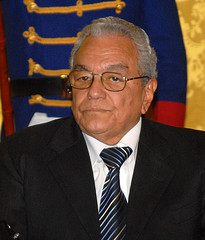 The Minister quit last Friday to President Rafael Correa and yesterday he did the same at the Ministry. Jalkh held a meeting with Vera who, according to the State portfolio, will attend the office on Thursday.

Although the ministry did not give an official reason for Jalkh departure it was unofficially known that it is due to the lack of results in the fight against insecurity and the lack of intelligence that led to several incidents on the past September 30.

Yesterday, until late, minister Jalkh was planning in his office the version he will give to the media about his departure.

Alfredo Vera was secretary of Transparency in the current Government.