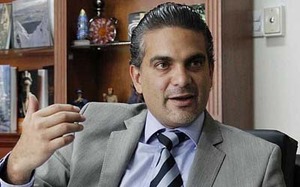 Francisco Rivadeneira, Minister of Foreign Trade, during an interview with El Ciudadano newspaper, alerted about the difficult situation in hand  regarding the issue of the deficit of the balance of payments, which measures imports, exports, services and financial accounts of Ecuador.

The Government considers that the price of oil will have a decrease in the next four years, while in 2014, the price considered in the budget draft was $86.4 per barrel; for 2017, the price will be $79.3 per barrel.

A boost, between 2015 and 2016, will be the income from the exploitation of the fields Ishpingo-Tambococha-Tiputini (ITT), located in the Yasuni Park, as well as the production of Pungarayacu, in charge of the Ivanhoe company. At this stage revenues from this category will go from  $508 million to 3 $540 million.

Until the end of this year, oil production will reach the 550 000 barrels per day, so announced by  Pedro Merizalde, Minister of non-renewable natural resources.