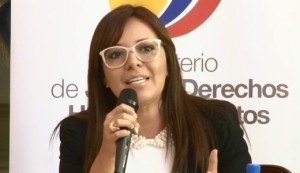 For Justice Minister Ledy Zuniga, the report issued by the Due Process of Law Foundation (DPLF) lacks of merit and rigor.

The ministry has issued a statement which says that in all the cases used to create the ‘Judicial Independence in the reform of the Ecuadorian courts’ report and judgments of first instance, followed due process and agreed to challenge processes provided in the Constitution and current legislation. In such a way that even in more than one cause, analyzed by the report, the judges reaffirmed the innocence of those involved.

Therefore, Minister Zuniga emphatically rejected the assertions of those who make the DPLF on alleged political interference in the decisions taken by the operators of Ecuadorian justice in certain processes.