More fresh fruits start their way to the United States 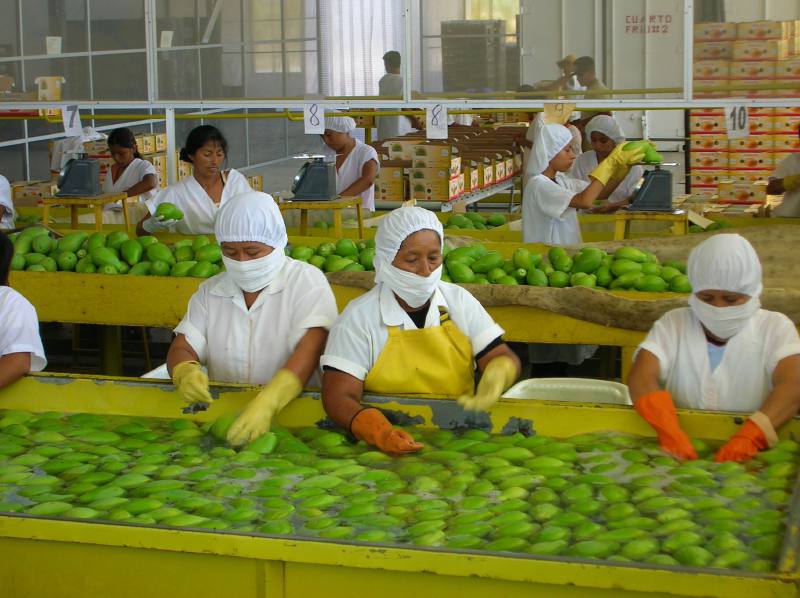 The US market is increasingly open to new products from Ecuador: fresh fruits and vegetables started to go through that commercial door since last year.

Ecuador has a list of 110 different products of that type. Papaya access was approved in 2013; the pitahaya in 2016; and blackberries, raspberries and peppers in 2017. This year it was the turn of the tomato tree and within three or four months the export of avocados would be approved.

This, according to the Inspection Service of Animal and Plant Health of the United States Department of Agriculture (APHIS), responsible for evaluating and analyzing the risk for the entry of these products.

Pro Ecuador figures show that in pitahaya the country started its exports to the United States with $ 1,387 in 2017 and from January to April of this year they already go for $ 3,442.

Pro Ecuador does not report export of papaya, because despite being approved five years ago, it was not until last June when Rilesa, from Santa Elena, sent the first 40-foot container to Miami, Florida. The company has been preparing since 2014 with the planting of macaw and Hawaiian papaya trees.

Esteban Espinoza, agricultural specialist Aphis, explains that the permission to a product is a “purely technical decision and we are not involved in trade issues, we rely on the requests made by Ecuador”. And clarifies that for Aphis to consider the entry of a new product must first be requested by the country of origin through its counterpart, in the case of Ecuador is Agrocalidad.

After this request, Aphis initiates the scientific technical evaluation of all the pests that could arrive in the shipments and mitigation measures are defined.

Regarding the avocado, Espinoza points out that the process goes by the proposal of the document that details all the requirements that the product must meet to be exported to the US, and that was published at the end of June.

On these prerequisites, the avocado has conditioning factors under a systems approach to prevent the introduction of pests. It means that it must comply with the cleaning of crops, that there are no fallen fruits in the field or overripe fruit, a process of cleaning, selection and quality control in the packing and export plant.

For other varieties such as the strong or denominated Guatemalans; Aphis has proposed the use of irradiation to be exported, it would be done in the port of destination by an agreement signed two years ago with Agrocalidad. “It is irradiation in a treatment plant, which is through an energy enhancer with which any possibility of the presence of flies or insects are canceled because these mosquitoes after irradiation cannot reproduce,” he explains.

After the analysis, a proposal of rules is elaborated, which gives way to a period of 60 days to allow public comments on it.

After the deadline, Aphis adjusts the rules if necessary. And then the final ones are issued for the entry of the product and 30 days of publication for public knowledge, after which the product can enter the United States.

The Animal and Plant Health Inspection Service of the United States Department of Agriculture (Aphis) also continues with the process to approve new products such as uvilla, granadilla, taxo, passion fruit and table grapes. (I)