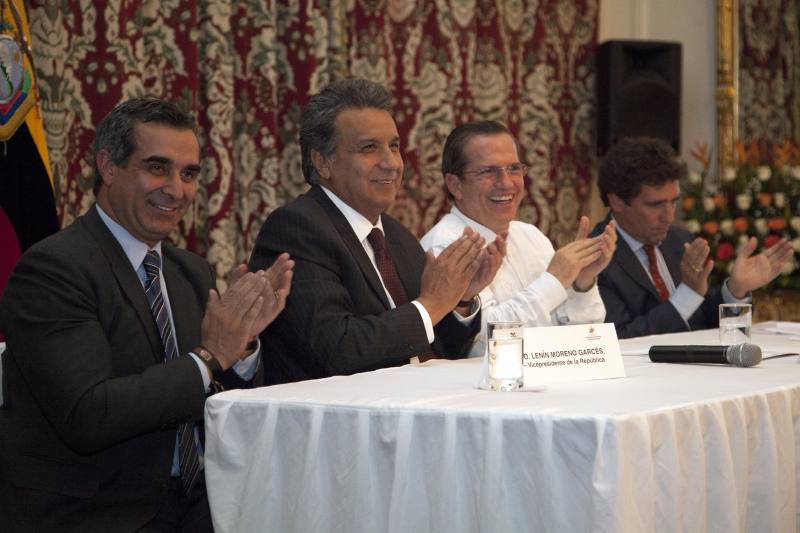 The Government would have allocated $ 1’066.666,33 to cover the living expenses in Geneva of former vice president Lenin Moreno, who currently serves as Special Envoy for people with disabilities in the United Nations (UN), the Mil Hojas Foundation published on its website.

The information is based on two Unique Registration Receipts (CUR for its Spanish acronym) of the Ministry of Finance to which the website would have had access, and which show that $ 533,333 were transferred in 2015; and $ 533,333.33 in 2016 for the “Permanent Mission of Ecuador to the UN Geneva- Money Transfer for the performance of duties and development of projects of the Special Envoy of the UN Secretary General on Disability and Accessibility Lenin Moreno.”

These documents mention that this transfer is made based on the Executive Order 340 signed by President Rafael Correa in 2014, which states that the “Sectoral policy councils may authorize non-refundable transfers or assignments, to representatives, delegates, commissioners or special envoys, with the aim of promoting priority issues for the Ecuadorian State before international organizations.”