More than one thousand CNE officials monitor the pre-campaign 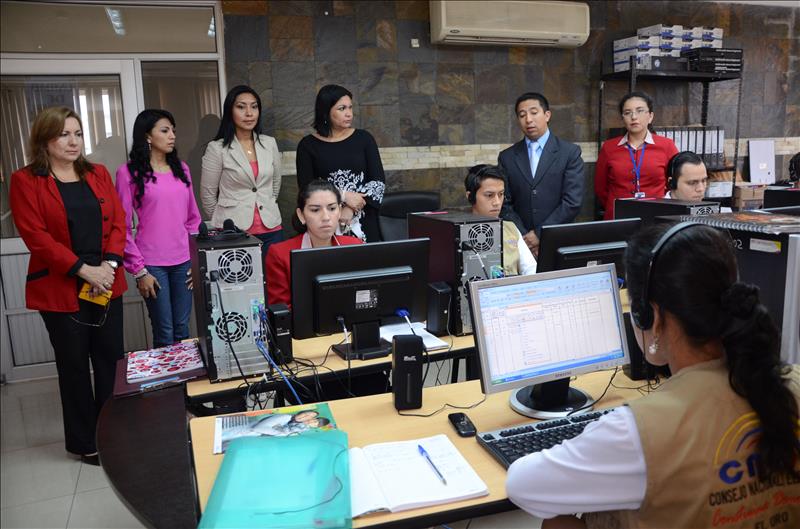 The report known by the plenary of the National Electoral Council (CNE) on propaganda and electoral promotion control was prepared based on a monitoring of over a thousand officials who belong to the agency across the country, indicates the national technical coordinator for political participation processes, Milton Paredes.

His report on early campaign from July 26 to September 15, indicates the removal of 52 billboards, the distribution of 562 promotional items and the suspension of electoral propaganda in thirteen media.

The province where more billboards were found was Manabi with 22; followed by Los Rios with 13. 8 were detected in Guayas; 4 in Santa Elena; 2 in Azuay; 1 in Bolivar, Santo Domingo de los Tsachilas and El Oro. The report does not specify which candidates were promoted.

Promotional items were distributed in Santa Elena and Imbabura in a greater number: shirts, flyers, sweaters, pens, caps, balloons, mugs, pencils, and others.

On the suspension of the propaganda in the media it is not indicated who was promoted in six TV stations, five radios and two newspapers.

The lack of infrastructure is one of the arguments to hire the control service in the campaign. The adjudication is scheduled for October 13, five days before the CNE convenes elections.