Humberto Mayans, coordinator of Care Migration in the Southern Border, said that in the last days more than 6,000 migrants have been brought down from the train known as “The Beast.”

The operation is part of the strategy implemented by the federal government called “Integral Southern Border Programme,” which seeks to prevent migrants of crossing the border by train. “Right now more than 6,000 irregular migrants were brought down from the train, respecting their dignity, with all due respect for their human rights to prevent further using the railway and continue risking their lives,” he said in an interview with Radio formula.

According to the delegate of the National Migration Institute, Ariel Ricardo Vela, the flow of Central American migrants in Mexico fell by 86%, the official attributed the decline to the implementation of the Integral Southern Border Programme. 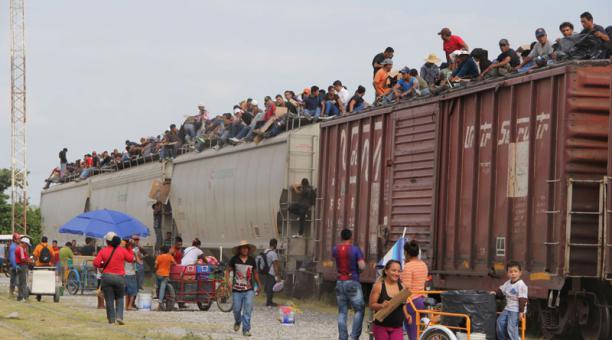