The  web series  invoice  Ecuador  ‘ Mortal Glitch ‘ was the  winner  of the award for  Best  Series  International  Festival of Digital Content Carballo Interplay. The meeting was held in person between September 8 and 11 in  Spain . 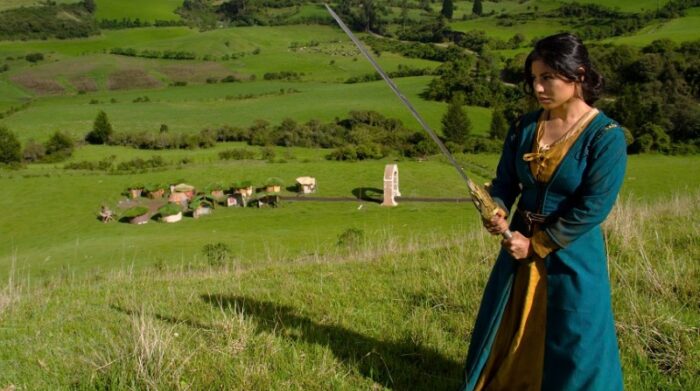 This is the first  action  and  fantasy series  produced by the Ecuadorian firm  Touché Films  for YouTube Originals. The series directed by Christian Moya has the participation of renowned actors from  Enconetv .

‘Mortal Glitch’ follows the  story  of Iria, played by Antonella Valeriano, a minor character in the  video game Hero’s Legend . This young woman is condemned to repeat her routine as a caretaker of ‘ pigs ‘ until a villain, played by Jorge Ulloa, arrives in town and kills the hero and his best friend. From that moment on, Iria decides to change her destiny and takes on the challenge of completing the game and becoming the  heroine , with the aim of reviving her friend and saving her world from destruction.

After its  premiere  on  YouTube  on September 2, 2020, the first episode of the series surpassed 27 million views. The good reception from the public positioned ‘Mortal Glitch’ as ​​the second most viewed series on YouTube in  Latin America .