Most Ecuadorian universities will have less budget 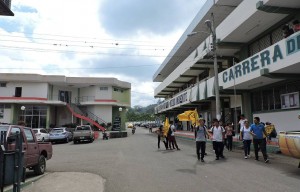 The students increase and other improvements such as a larger number of professors with a doctoral degree and the research and development will generate more state contribution for universities, however, Marcelo Cevallos, member of the Higher Education Council (CES for its Spanish acronym), said that more than half of them will decrease their budget in the absence of substantial growth and improvements in the quality of the higher education centers.

He said that one of the universities that will decrease its budget in 2016 will be the University of Guayaquil, considered the largest in the country, but in which there has also been a decrease of students and has not yet been accredited.

In the State University of Southern Manabi (Unesum), he argued that its indicators show growth in several areas and its budget will grow by 10% compared to 2015, these resources arise from the Permanent Fund for University and Polythecnic Development, which represented this year $ 1,285 million and comes from VAT taxes.

He noted that the Unesum has registered a growth in the number of students from 2012, when there were 3,000 students and currently there are 5,000. They will choose their representatives to the University Council on December 21.