Most of Assembly members will seek re-election 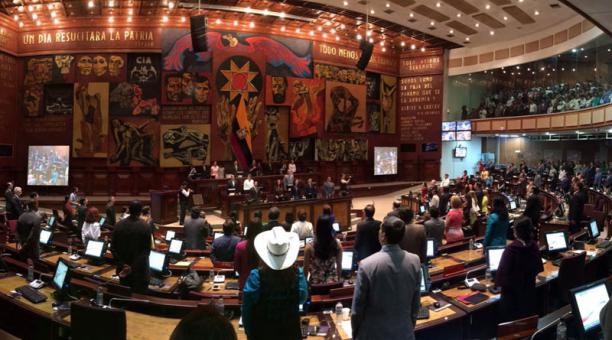 Most legislators who are currently in office and can be reelected for another term aim to return to the Assembly for the next period 2017-2021.

A total of 111 Assembly members can be reappointed. 81 belong to Alianza PAIS (AP), including the alternates who have taken office during these more than three years as a replacement for Assembly members who left to hold public office; 8 belong to CREO, 5 to PSC, 5 to Avanza, 3 to Pachakutik, 2 to Patriotic Society and 7 to provincial or ‘independent’ movements that no longer represent the movement or party they used to represent. Several of the latter are think about postulating again, but through other organizations.

Alexandra Ocles (AP) candidate for reelection, indicated that the government party seeks to preserve a majority to “ensure the governance,” considering that they only need a minimum of 73 assembly members and there are possibilities.

“Many of the comrades who have held office from this period are betting on a re-election, if conditions are given and the party determines so … This does not mean that this does not bother us in the slightest, we believe we can continue to contribute in the process … the vast majority of those who can, want this,” she said.

AP electoral commissions received the nominations until Sunday, and between Monday and yesterday they submitted the lists of the nominations, said the Assemblywoman.