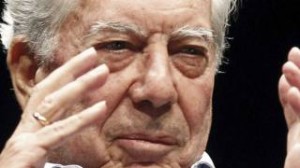 The outgoing mayor of Muisne, Paúl V., was provisionally arrested yesterday at 9:30, after going to the Prosecutorial of Esmeraldas to give his version in the case of the late elected mayor Walquer Vera, who was killed last Sunday.

The Second Judge of Criminal Guarantees of Esmeraldas, Rocío Ávila, issued a remand order against Paul V. as part of investigations to solve the murder of Vera, former member of the political movement Alianza PAÍS (AP) .

The arraignment was set at 15:00 and ended two hours later. The official was taken to a detention center that has not yet been revealed.

The judge also ordered arrest against R.T.B.P , a Colombian citizen , as an alleged participant in the murder.

The General Attorney, Galo Chiriboga, did not rule out the possibility of calling to testify the alternative Assemblywoman of AP, Italia Jijón, widow of the elected mayor, but said he waits for the `right time.´ According to Chiriboga, the Prosecutorial handles three or four hypotheses about the murder of Vera.

On the other hand, the mother of Vera, Mercedes Guerrero, as his wife and his brothers, asked to continue investigations to find those responsible for the crime .

Military officers guard the Canton Muisne after the murder of Vera